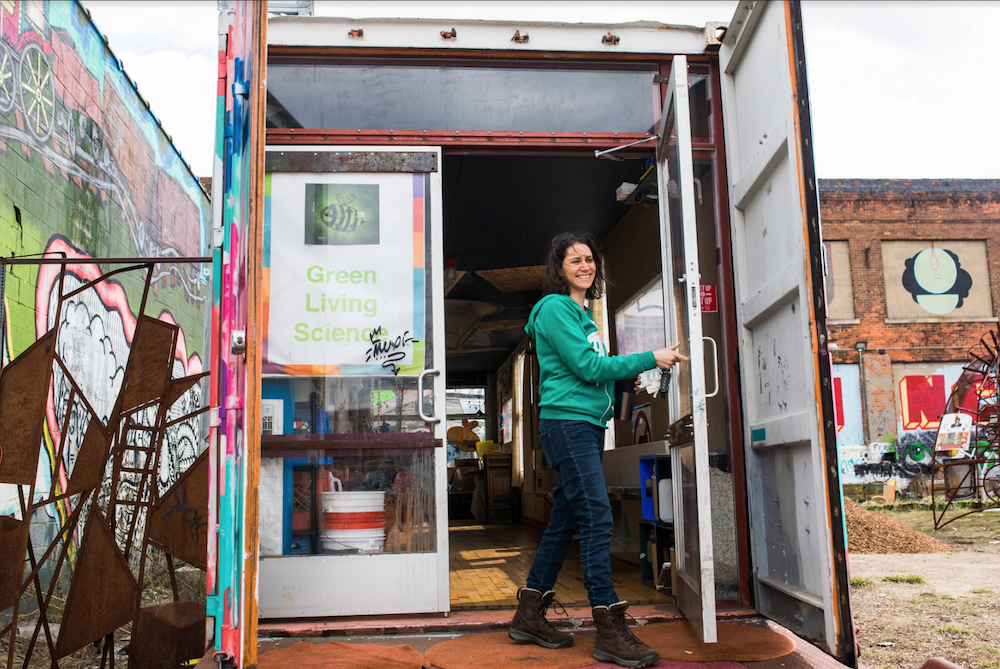 Emphasis on cutting back on non-recyclable materials and disposal discipline key to organization’s mission Neighborhood:

Remember the three R’s? You know: reduce, reuse and recycle? If you need a refresher course, the women at Green Living Science have got you covered.

What began as an extension of the of Recycle Here!, Detroit’s drop-off recycling center and neighborhood recycling program, GLS has now been able to educate the city’s youth about the importance of recycling and sustainability.

“Recycling is very accessible and tangible to everybody,” Rachel Klegon, executive director of GLS said. “That’s why we’re able to teach it to four year olds.”

GLS takes education and outreach to another level. Not only are they partnering with local schools to educate children and change their outlook on waste, but they are also partnering with businesses to help them change their recycling habits and aid in waste reduction. “We’re not trying to just teach a habit but also teach people to think about their consumption and where it goes,” Klegon said.

Natalie Jakub, GLS’ program director, does community outreach for the organization. Meeting with block clubs and neighborhood organizations, GLS and their partner Zero Waste Detroit have helped over 26,000 families sign up for free recycling carts in collaboration with the City of Detroit.

“We see ourselves as a support for the city,” Klegon said. “We have evolved over the years based on conversations and what’s needed so we’re trying to work closely with city government on policies and procedures that can really change things on a larger scale.”

Jakub said her job of helping set residents up with their free recycle bin has become a lot easier since the city launched the Recycle Challenge game, which allows Detroiters to take a quick survey about recycling in exchange for their bin. This allows her more time to focus on the business outreach arm of GLS. “We’re seeing an influx of people reaching out who really want to start recycling,” she said.

The Bee Green certification program teaches business owners how to responsibly sustain their restaurants and shops in a way that’s environmentally friendly. “There are a lot of businesses that don’t know how to start a recycling program, and they come to us initially to see if we provide recycling services but then we’re able to offer more by helping them set it up,” she said.

Jakub assists owners in finding markets that will accept their waste and performs a waste-reduction assessment. That allows her to show owners easy steps to cut back on waste material. “It could be something as easy as switching from Styrofoam cups to paper cups,” she said.

Mary Claire Lamm leads the school outreach process. Since its creation in 2007, GLS has reached over 90,000 Detroit students. Through school partnerships, Lamm and the GLS team creates science curriculums based on the three R’s. “As we go into some of the schools across the city, some students aren’t familiar with what the three R’s are,” Lamm said. “Once they learn about it, they become little ambassadors to push and shift the culture.”

GLS’ school outreach spans from preschool through high school. In addition to going into the schools, Lamm helps coordinate field trips to the recycle center as well as summer camps. On April 19, GLS will be hosting over 700 Detroit students at their facilities for Earth Day.

To find out more on Green Living Science and its partners, visit www.greenlivingscience.org.&nbsp;