Welcome to The Neighborhoods, where we are the spirit of Detroit. We’re here to tell your stories from across the city and share them with everyone. East side, west side, southwest — it’s our belief that everyone here has a story to tell.

Here at TheNeighborhoods.org, you can learn more about the city's 200-plus neighborhoods (yes, there are that many) in the city, events and happenings, resources for families, information about block clubs, neighborhood organizations and volunteer opportunities, and the people and business that make Detroit home. We’re also live on Comcast Channel 21, a City of Detroit cable channel, and MyDetroitCable, the City’s YouTube channel. 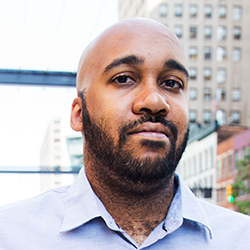 Aaron Foley is a Detroit native, who grew up on both the west side (Russell Woods) and the east side (Lafayette Park) and currently lives on the east side (Gold Coast), although he favors the west side, always. Prior to joining the City of Detroit, he was editor of BLAC Detroit Magazine, and held positions at Ward’s Automotive Group, MLive and the Lansing State Journal. He was also Detroit editor for the popular car blog Jalopnik, where readers took note of his point-blank, tell-it-like-it-is takes on the city. In 2015, Aaron published his first book, “How to Live in Detroit Without Being a Jackass.” In 2017, he edited the anthology, “The Detroit Neighborhood Guideboook.”

What I do: As chief storyteller for the City of Detroit, it’s my mission to create a platform where Detroiters can learn more about each other across both geographic and cultural boundaries.

My favorite thing about Detroit: The feeling that no matter where I go on earth, I can brag all about the history of this great city -- cars, music, architecture, everything.

Talk to me about: The Dramatics’ discography, the WJLB quiet storm intro, or any other music from Detroit

If I had a superpower, it would be: The ability to stop time 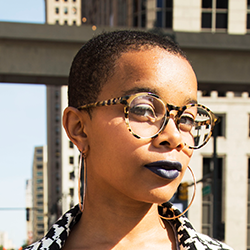 Kinsey Clarke is a graduate of Michigan State University. She’s trained as a broadcast journalist and has previously worked for National Public Radio in Washington, D.C., and CBC/Radio-Canada in Toronto. She has a hedgehog named Opal and a general love for all things tiny, whimsical and free of cost. In her spare time she trains as a budding aerialist.

What I do: reporting, audio producing, social media engagement

Talk to me about: Any good anagrams that you’ve heard, clothing swaps, the "Hamilton" soundtrack, outdoor adventuring, Adventure Time, Steven Universe or crochet.

If I had a superpower, it would be: Bending reality. 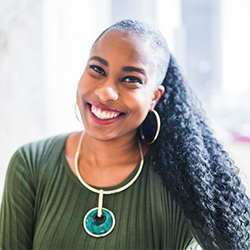 A native Detroiter to the core, Jamilah Jackson is a Wayne State University and Renaissance High School graduate, and is proud to be apart of Detroit’s story. Before joining The Neighborhoods team, Jackson used public relations as her avenue for storytelling; highlighting the best in her clients at lovio george communications + design. In 2015, she joined the Enough SAID African American 490 Challenge, an organization seeking funds to help test over 1,300 untested rape kits found in Wayne County.

What I do: Highlight new and exciting things happening in the city but also shining a light on the people that stuck with us!

My favorite thing about Detroit: The summers. There is nothing better than a Detroit summer.

Talk to me about: Dancing. Beyoncé. Michael B. Jordan. Women’s rights.

If I had a superpower, it would be: Skin energized by the sun and hair that defies gravity. Oh wait, I already have that, #BlackGirlMagic! 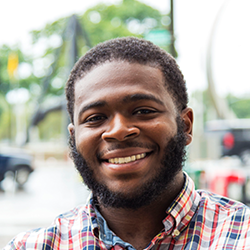 Cyrus Tetteh is a native Detroiter and University of Michigan-Ann Arbor graduate. During his time at Michigan, Cyrus began to blossom as a creative and businessman, teaching himself graphic design, videography, audio engineering, fashion design, photography and more. Cyrus picked up the camera during his freshman year to photograph his clothing brand, Cool Club Clothing. Since then he has accumulated photography accreditation from Rolling Stones, Huffington Post, RapUp, Big Sean, Bloomberg L.P. and the City of Detroit.

What I do: Capturing the best moments in the city that raised me.

My favorite thing about Detroit: After visiting other big cities like New York and Chicago, I definitely appreciate Detroit’s chill vibe. I can drive anywhere that I want to go and it’ll only take 20 minutes or less. Traffic stresses me out!

If I had a superpower, it would be: Teleportation and being in two places at once. 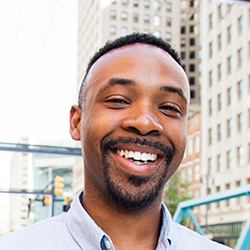 Jeremy Brockman is a cinematographer from Detroit. His love for filmmaking is grounded in his belief that thoughtful storytelling creates a gateway to promote better understanding of other cultures and ideas. Jeremy has lensed award-winning short films that have screened at film festivals locally and nationally. In addition to short narratives, Jeremy has also served as Director of Photography in the documentary and music video realm for clients such as the Detroit Medical Center and Universal/Motown Records.

Jeremy is a graduate of Wayne State University and is proud to live, work, and play in the City of Detroit.

What I do: Create authentic images of fellow Detroiters.

My favorite thing about Detroit: Going out of town and “being from Detroit”. Also, BBQ Better Mades.

Talk to me about: Anything about Africa and the African Diaspora, obscure foreign films from years past and science that could be fiction.

If I had a superpower, it would be: Time travel. I need to see how it really happened. 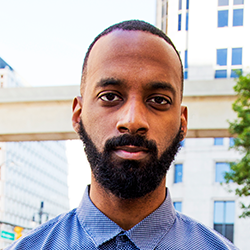 Zachary Cunningham is a director, writer and poet from the east side of Detroit. Beginning with his original piece #Detroit, Zachary hit the ground running creatively while teaching himself the craft of filmmaking. His passion for poetry inspired the jazz-infused art pieces Bess Part’s I and II. As his skills developed, he began exploring documentary filmmaking, which led to his mini documentary “The Strength To Persevere,” which chronicled his father’s upbringing as an orphan. The documentary went on to place as a finalist in the 1st Annual Worldwide FilmConvert Cinematography Competition. He soon began scripting his first two narrative short films “The Crack” and “Regret(s)” in late 2012. A premiere for both films was held at the Millennium Center in Southfield on Feb. 28, 2014. Zachary was featured in publications BLAC Magazine and Ambassador Magazine to discuss both films. Zachary has also taken the role of cinematographer on various short form projects including the romantic comedy "The Price of Being Wanda" directed by Pierrot Joseph and "TORMENTO" by Greg Dockery (an official selection of the Cinetopia Film Festival). He has recently completed production for his third short film titled “You Better Run.” Zachary hopes to use film as a platform to his people's story.

What I do: The same thing Stokely Carmichael did, I just have a camera.

My favorite thing about Detroit: The people. I've learned most of what I know from Detroiters.

Talk to me about: Anything historical. Black history, film history, etc. I also love a great hip-hop debate.

If I had a superpower, it would be: To heal people