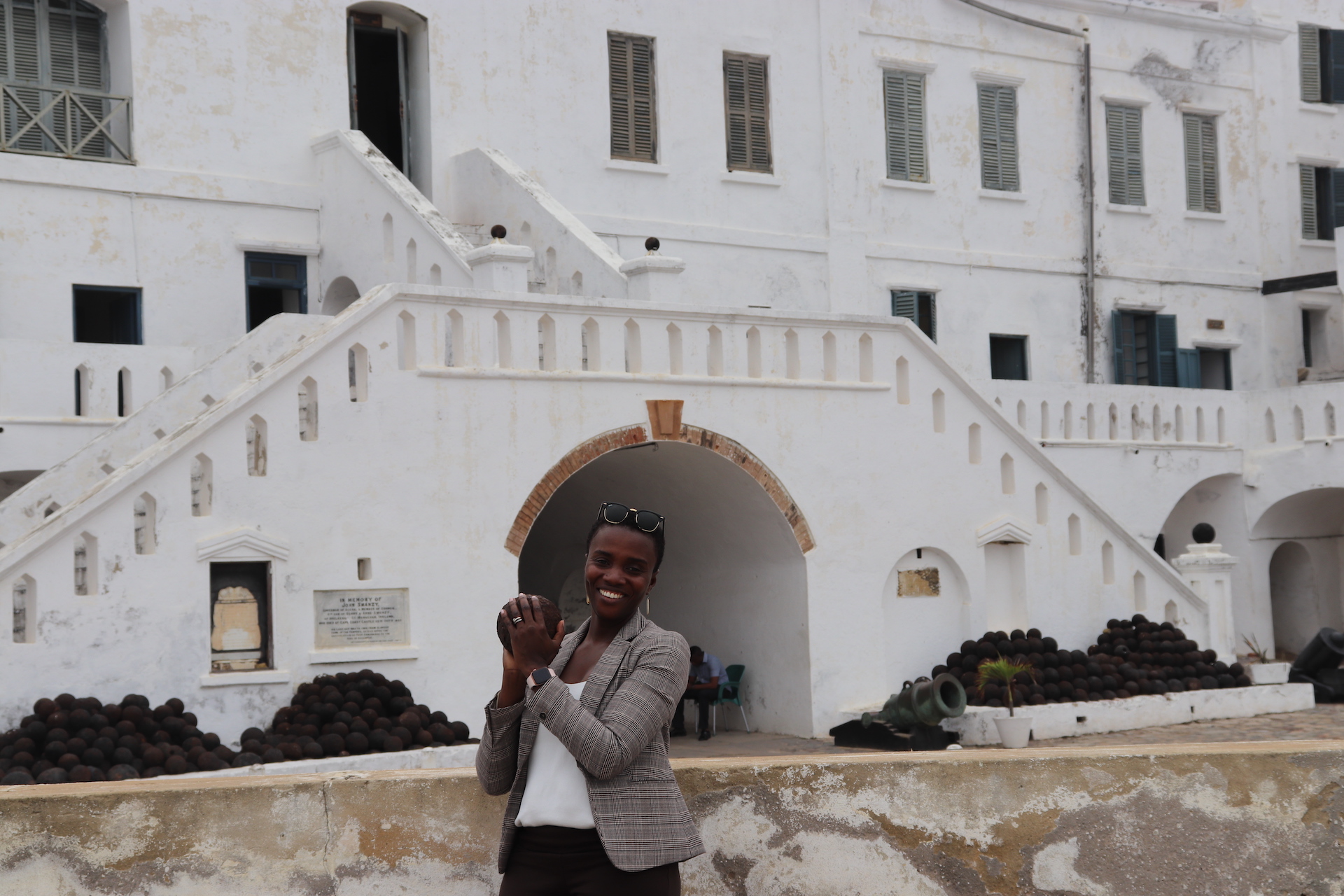 Is the key to helping Black women survive breast cancer linked to their African ancestry?

A then 23-year-old, me, conducts a breast self-examination. It’s just a regular check because I am very aware of my family history of breast cancer. I found a lump and, because of that family history, I immediately made an appointment to get this checked out. When I got to the doctor, I thoroughly expected to get a mammogram, but I was denied because I was too young.

Thankfully, doctors were able to do a biopsy and ultrasound and found nothing wrong. I was able to have this little lump drained and move on with my life. That’s not the story for all African American women.

When diagnosing breast cancer, doctors are looking for specific protein that appears on the surface of the tumor or inside the tumor.

“When the cancer expressed one of these markers, which is called an estrogen receptor, then you can treat that kind of breast cancer by giving the patient a drug that specifically targets that estrogen receptor,” she said. The other two markers doctors look for when grouping (breast) cancer diagnosis for treatments are the progesterone and HER2 receptors.

“But if a woman comes in with a breast cancer subtype that doesn't express any of these markers, then a treatment plan becomes very challenging,” Jiagge said. “We have to give the patient chemotherapy because it can kill any fast-growing cells and cancer cells are fast growing cells.”

According to Jiagge, 10-15% of white women with breast cancer are triple negative compared to up to 30% of Black women and the 80% of women she has studied in Africa.

Why are the numbers so staggering? Jiagge says the tumors of black women have been under studied, it’s because most breast cancer research and treatment has been developed by studying tumors of white women.

“When you look at the medical literature, the scientific journals, the representation of patients and samples in research is mainly white samples,” she said. So the treatment that comes out benefits the white population more than it benefits the Black population.”

Dr. Jiagge is currently conducting her research at Henry Ford Health System to find genetic markers to diagnose breast cancer earlier in women of African descent. Her research also focuses on helping those pre-disposed to cancer to “stop it from happening so that they don't have to go through that.”

“We know that African Americans in the US share ancestry with Africans today because of the slave trade and then, in addition to that, there could be a mixture other ethnicities. But then when you take the African woman that hasn't moved out of Africa |LS|the numbers are higher|RS|,” she said. 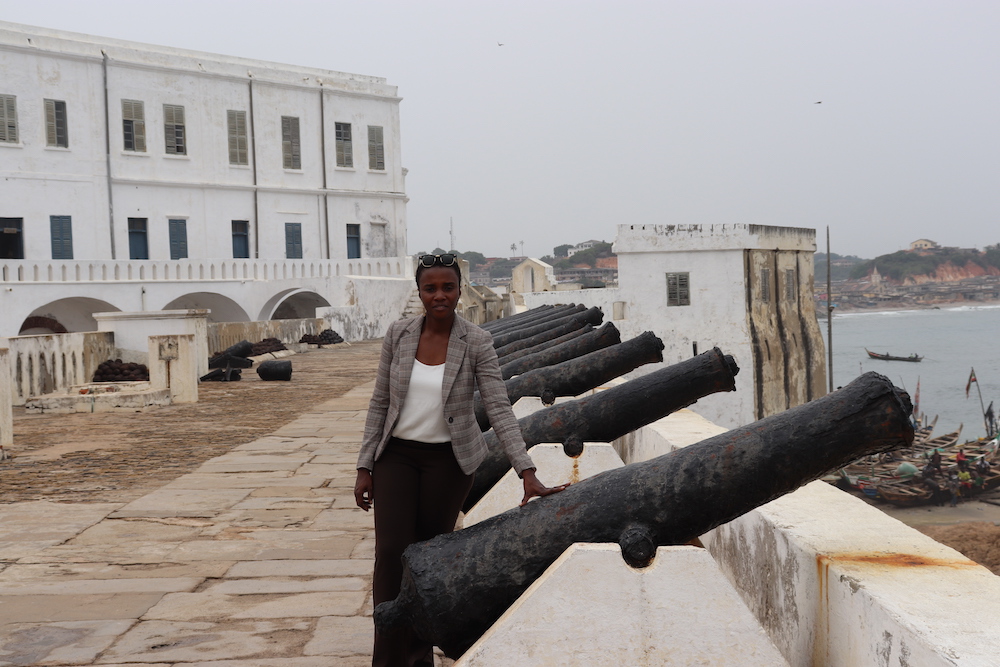 Dr. Jiagge at Cape Coast Castle which is the last place African slaves saw before they were traded.

The common denominator in all of this is African ancestry.

“The common denominator in all of this is African ancestry, which means that for us to be able to identify new treatment, we have to understand the role of African ancestry in developing these aggressive tumors, so that we can find treatment based on our ancestry.”

Dr. Jiagge is the director of the Precision Medicine for Aggressive/African Breast Cancer, an “international collaborative entity supported by Henry Ford Health System which includes nine different partner institutions in East and West Africa to create a channel for patient data/samples to be shared to further the efforts of developing treatment for TNBC (Triple Negative Breast Cancer),” according to her LinkedIn profile.

Jiagge says she intends to sequence (find genetic makeup of) 2,000 tumors from Black and African women by the end of 2022. So far, she has been able to study 70.

“Breast cancer that occurs in Black women occurs at an earlier age than it occurs in white. So, if you start screening at 50, at 45, you're going to miss about 20% of the cancers that are in Black women,” she said. “So, we recommend that, at least for the Black patient, if we can begin screening, even at age 35, that would be beneficial.”

“We are really looking for and welcoming opportunities to partner with local, national and international partners to make this vision happen,” Jiagge said. “We need the resources and partners who believe in equity because health inequity is, is unfair!”

Jiagge hopes that with her authenticity on the topic, she can urge more Black women to participate in the study.

“In some studies that we have done, we realized that Black people in general are not very comfortable going for mammograms, other adult screenings and being part of things like clinical trials, which is where we find new treatment that are going to benefit us,” she said. “And I don't blame us because of the history where blacks have been used as guinea pigs to find solutions for other ethnicities. So, there is no trust in the system.”

She hopes that through this innovative research, she can restore some of the trust that has been lost due to racial inequity in medicine by providing real results and treatment for Black and African women with breast cancer.

As a person who is aware of the danger of breast cancer, I appreciate the research that Dr. Jiagge is conducting.  The lives she saves maybe mine or my loved ones.

You can find more information on Dr. Jiagge and her work, here!