A look inside Detroit’s storied neighborhood

I grew up on Detroit’s west side between Fenkell and Grand River Ave, right down the street from the old Norwest movie theater where I saw the movies Beat Street and Purple Rain a staggering nine times each.  And depending on the year, I was also just a ten-minute walk from Montgomery Ward or Kingsway or Mammoth Shopping Center.

But for the best candy on Halloween night, my friends and I would venture to a neighborhood a half-mile west called North Rosedale Park.  As kids, we just thought: Big houses meant people with big money which meant a big score for us – and this was when the McDonald’s gift certificates were a thing.

Truthfully, there’s merit to the affluence often associated with North Rosedale Park.  The neighborhood’s developers, H.D. Shelden Sons, were focused on selecting residents with the means to easily keep up with the payments.  In 1919, when the community was constructed, the residents chosen were (you guessed it) Caucasian.

Now, how do I know this?  Because I just happen to work with Rose Love, Communications Manager for the City of Detroit.  And she just happens to be the author of the new book North Rosedale Park: One Hundred Years of History.

Love, a North Rosedale Park resident since 1991, remembers her first impression of the community.  “It was quiet.  That was the selling point for me,” said Love. 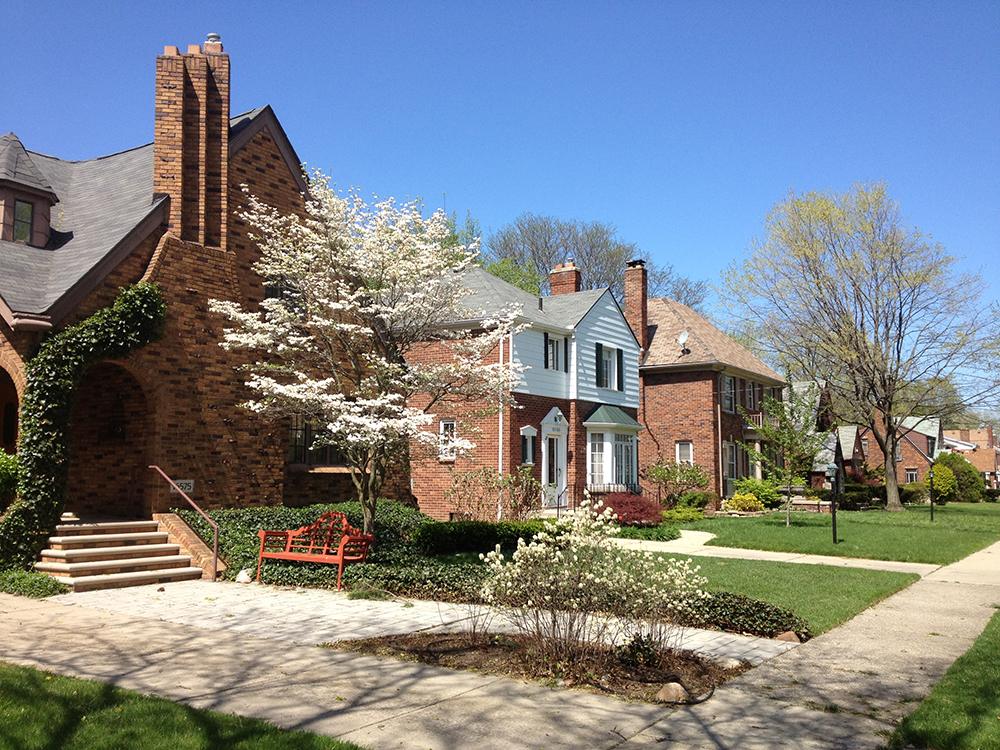 Another perk was the neighborhood park and community house; the same community house that stores the artifacts that helped Love with the writing of the book.  The relics included maps, photos, and documents dating back to the 1920s.  “I felt like… wow, everything is still here.”

This community hasn’t remained primo by sheer luck.  After reading the book, it is quite clear that the North Rosedale Park Civic Association has a lot to do with its success.  Created in 1923, the association was formed to address issues like street sign installation, obtaining more police protection, and the building of a school within the community.  By the way, just 4 years later, Cooke School was planted on Puritan – and yep it’s still there.

Back then, committee members took their job and their neighborhood quite seriously.  Love states in the book that if members of the association saw signs of construction, they would spring into action and call for a meeting with the builder to ensure compliance.  Now that’s taking block club participation to a whole new level.

The book dives deep into the early days of the neighborhood.  It even touches on the difference between Rosedale Park and North Rosedale Park… and yes there is a distinction.  I’ll circle back to this.

North Rosedale is known for its fancy, yet tempered facade.  In fact, many of the brick homes are just as beautiful as the day they were constructed.  And if you happen to drive through the community and become mesmerized by the sights, you may end up lost because of the narrow, winding streets (I’m not ashamed, it’s happened to me).

The neighborhood, which was originally part of Redford, has seen some changes over the years.  Despite the illusion of being on an island of its own, North Rosedale Park is not immune to crime.  Within the last 10 years, Love has had two break-ins.  “It bothered me, I was upset, but it didn’t influence me to move,” said Love. 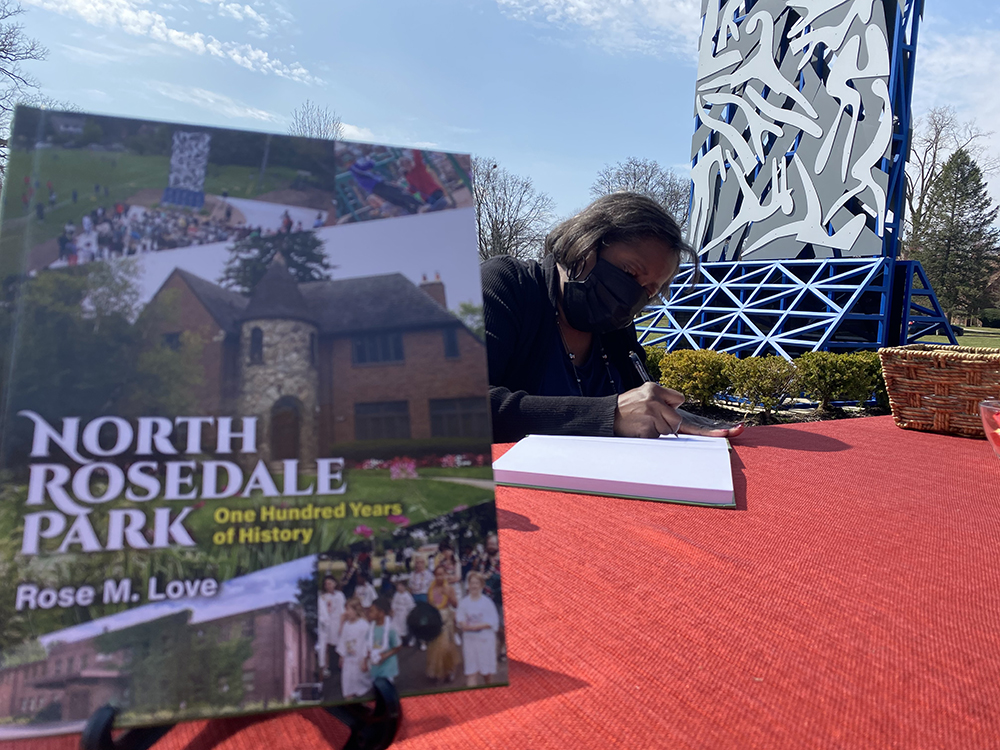 As far as the demographics, Love believes that the first Blacks moved into the Park in the early to mid-1970s.  Of the more than 40 interviews with residents she conducted for the book, there were mixed reactions to what it was like at that time.  Here are a few excerpts:

Fred (Ricky) Russell Jr., (Black): “Things were thrown at me.  I was chased a couple of times.”

Susan Miller Erickson, (Caucasian): “It was a changing time in the neighborhood.  We were kids and we don’t see this racism, not like all the adults.” 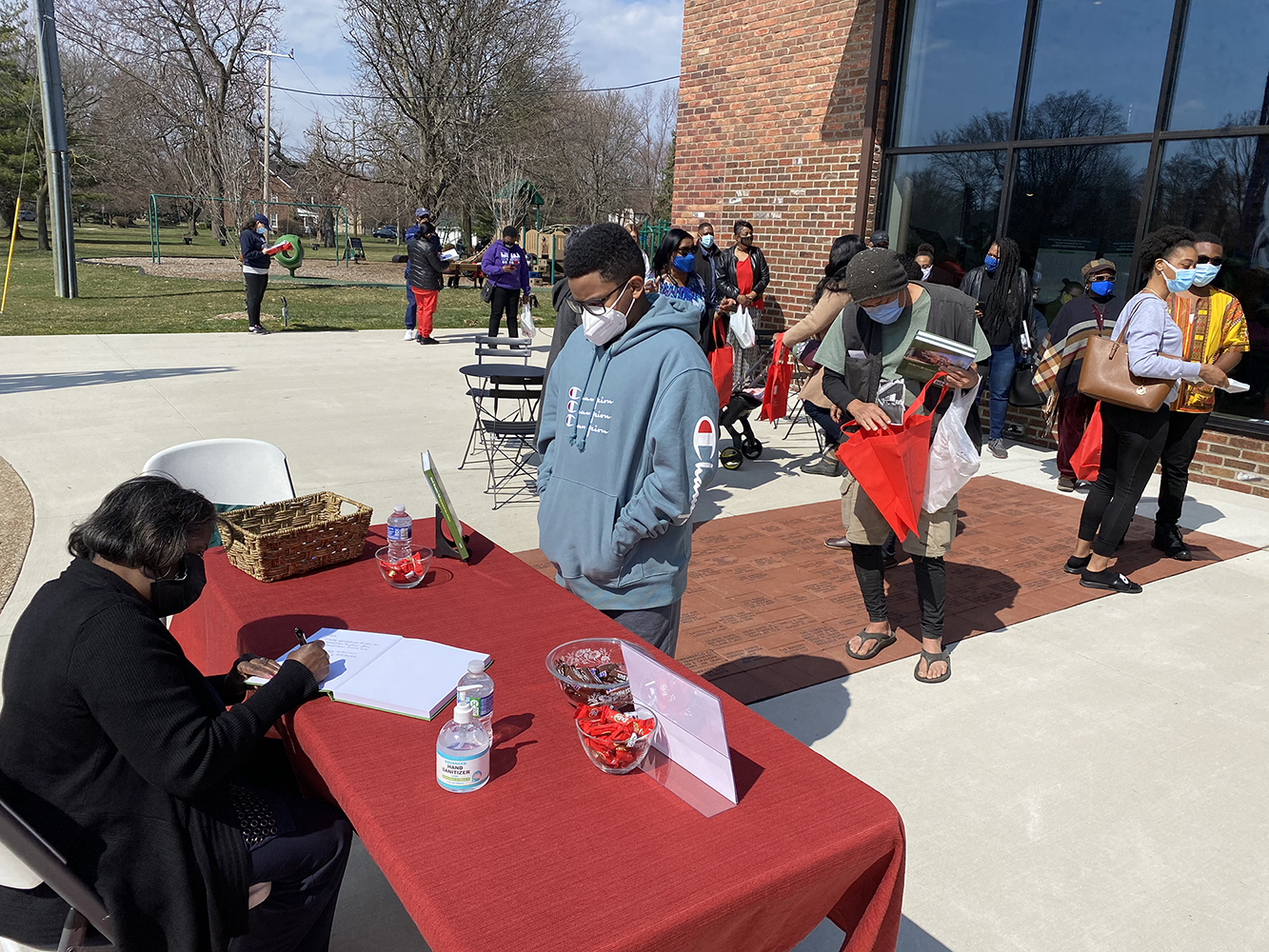 Tess Tchou (Filipino): “The lady who lived north of us couldn’t wait to tell us that she was glad that we moved there.  Based on some of the things that she said, it let me know that she was fearful (of minorities moving into the neighborhood).”

According to Love, overall, most of the residents she spoke with have enjoyed their time in the community.  In comparison to many other neighborhoods in Detroit, North Rosedale Park maintains a diverse population.  To this day it is still one of the pillars of the northwest side and still the place to be on Halloween night.

“There’s not like a real big rivalry.  But if you want to live, don’t call it South Rosedale,” Love said with a chuckle.