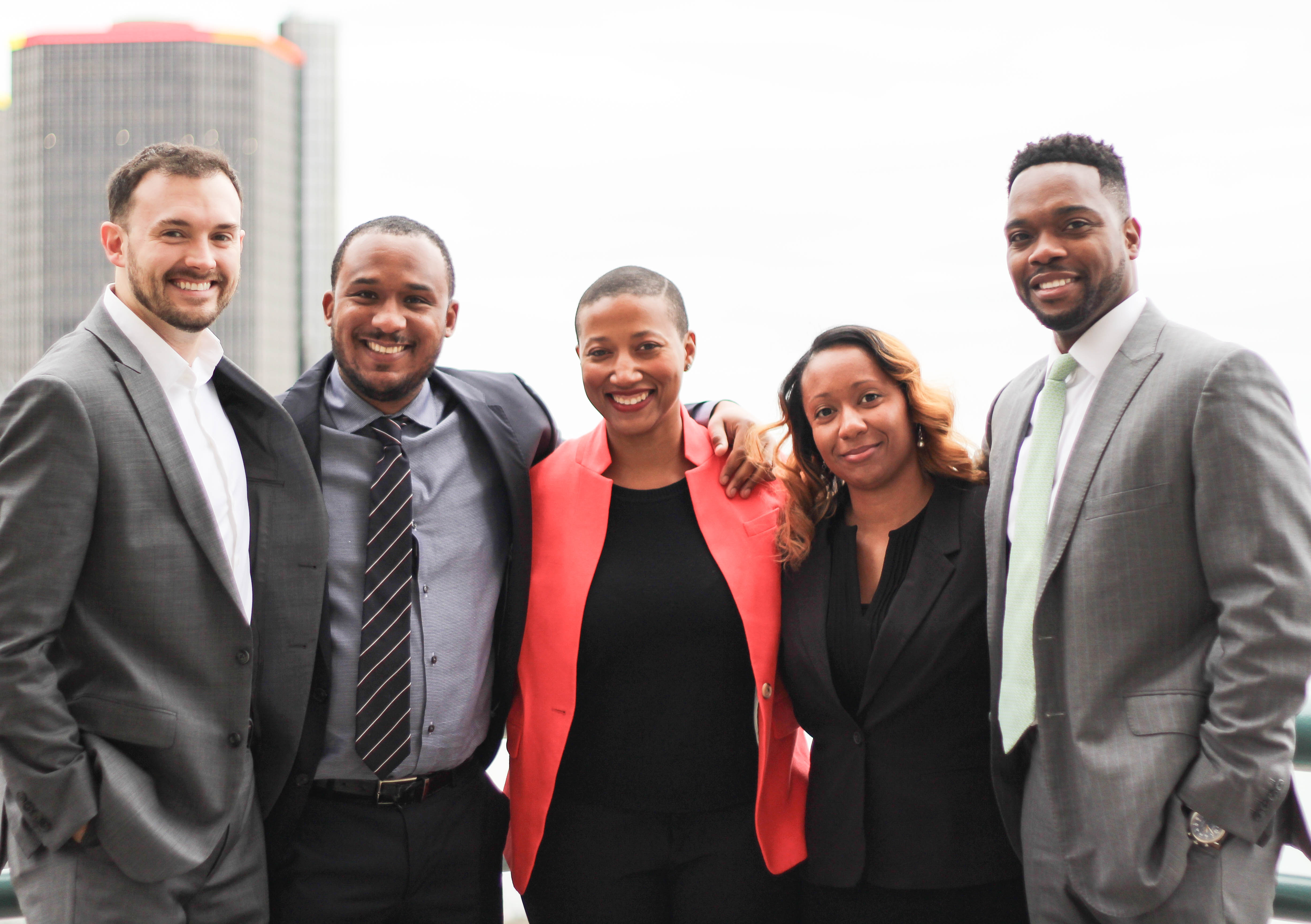 Meet the young developers taking on the Fitzgerald neighborhood

Consider development in Detroit. Well, let’s back up a second – consider development. When Detroiters hear the term, a few images come to mind: Towering skyscrapers, new restaurants, luxury condos. And, more often than not, someone in the 1% — or very close to it — is usually the driving force.

Development often brings negative connotation as well, often meaning that if something new is built, something old has to be moved out of its place. And again, a one-percenter might also be that driving force.

Truth be told, development can take on different forms, though one would be forgiven for instantly correlating the above definitions with what’s often seen. Not so with a new development – perhaps a redefinition of the term – in the Fitzgerald neighborhood, a quarter-mile area seated between the University of Detroit Mercy and Marygrove College.

The Platform, which is leading redevelopment efforts in Islandview and other parts of the east side, has partnered with Century Partners, a team of young visionaries, to rehabilitate more than 100 homes in Fitzgerald as well as create green spaces – parks, manicured landscaping, and the like – in nearly 200 lots. The centerpiece of the project is a green connection between the two aforementioned schools.

The two Century Partners co-founders, David Alade, a New Yorker, and Andrew Colom, a Mississippian They both hail from places where they’ve seen gentrification ravage their communities. And they’re both young, black men – sometimes uncommon in development, but each have a perspective they share with Detroiters their non-black counterparts don’t have.

“A lot of folks are worried about gentrification. But to me what they’re really worried about is displacement, and our goal is not to displace anyone. In fact, it’s the exact opposite,” Alade says.

“As an African-American in a city that has had so many important African-Americans do so many amazing things here and have such a rich legacy and have contributed so much to American city, to be part of that is really humbling,” Colom says.

“A lot of folks are worried about gentrification. But to me what they’re really worried about is displacement, and our goal is not to displace anyone. In fact, it’s the exact opposite.”

Alade has watched as rising rents forced many New Yorkers out of neighborhoods they’ve called home for decades, while Colom saw New Orleans residents find their way into Mississippi long after Hurricane Katrina struck, but shortly after the Louisiana city’s revitalization efforts inadvertently pushed out the longtime residents that withstood the storm. Their goal is simple: Empower Detroit’s black residents by making their neighborhoods better, but include them in the progress all along the way.

“Real estate is about people. It’s not about houses, it’s not about lots, it’s really about people,” Colom says. “And I think the way to ensure it’s successful is to really engage with people.”

Century Partners already had a stake in Detroit, having embarked on smaller rehabilitation efforts in the Atkinson Avenue Historic District. For Fitzgerald, they enlisted Detroiter Chase Cantrell of Building Community Value, a nonprofit that connects Detroit residents to financial resources that aid in real estate development, as director of land services.

In 2016, the City of Detroit offered a request for purchase for the vacant homes and land to prospective developers with the condition that Fitzgerald residents have a say in which developers take on purchase. Residents approved Century Partners, and after 40 community meetings, the development team – with additional backing from The Platform – set forth on their plan.

“It’s us talking to the neighbors and asking, ‘what do you want to see?’” Cantrell says. “People are more willing to open up to developers that are reflective of their culture, and look like them.”

The City of Detroit stipulates that Fitzgerald’s new developers complete their plans within the next two years, or risk forfeiting the properties back to the city.

That doesn’t seem to be a problem for Century Partners, which envisions things like free wifi and a strengthened neighborhood organization in addition to rehabbed homes and new greenery.

“This is the future. The future is being built here,” Alade says. “This is going to set a path for how thoughtful, community-oriented development can be done, in this neighborhood, in neighborhoods across Detroit and potentially cities all across the world.”