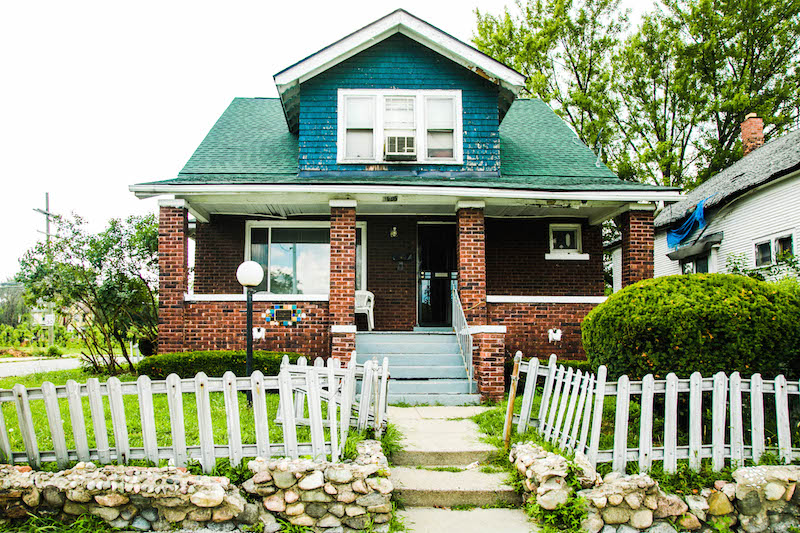 The former home of Dr. Ossian Sweet, a black Detroit doctor whose murder trial galvanized the fair housing movement in the United States, is the recipient of a federal grant that will preserve and restore elements of the home and expand a historic district within the East Village neighborhood.

A $500,000 award from the African-American Civil Rights program of the Historic Preservation Fund, the National Park Service and the Department of the Interior will be used to memorialize the historic Sweet home at 2905 Garland Street and two adjacent homes at 2912-14 and 2918 Garland, create a public visitation space within the Sweet home, make exterior improvements to the home and commission a study of the neighborhood’s history as it relates to the Civil Rights Movement at large.

The Sweet family’s arrival to the eastside neighborhood in 1925 would become a milestone in the fight to end housing discrimination in Detroit. Housing covenants only allowed black Detroiters to live in a handful of neighborhoods, including Black Bottom and parts of northwest Detroit along Eight Mile, where a wall was constructed — and still stands today — to separate black and white neighborhoods.

Sweet’s earnings as a doctor allowed for the purchase of the home on Garland, but the family’s move prompted white residents in the neighborhood to force them out. On September 9, 1925, an unruly crowd of white residents — per newspaper reports at the time, estimated to be about 600 — gathered in front of the Sweet home. Believing the mob would set the home ablaze, Sweet’s younger brother, Henry, fired shots from the second-story window, killing one of the mob and injuring another.

Sweet was put on trial that November, but had the support of the then-burgeoning NAACP, who commissioned attorney Clarence Darrow to represent the doctor. The first trial concluded with a hung jury; Sweet’s retrial, leading to his acquittal, would have ripple effects in Detroit and across the country. It boosted the profile of trial Judge Frank Murphy, who later became mayor of Detroit and governor of Michigan and would become the namesake of the Frank Murphy Hall of Justice; it added to the legacy of Darrow, who would reflect on the Sweet trial as one of his greatest career accomplishments; and it moved the needle, if slightly, for blacks in Detroit and other integrating cities who aspired to live in middle-class neighborhoods.

But the trial left Sweet distraught, and he and his family moved out of the home in 1930. Sweet’s career as a physician languished over the next few decades and he committed suicide in 1960.

The restoration of the Sweet home, now privately owned and a state and national landmark, falls under the City of Detroit’s overall Strategic Neighborhood Fund initiative, which , includes improvements to streetscapes, single-family housing, commercial corridors and parks. The strategy also includes development of historic districts; strategic investment in target neighborhoods; comprehensive elimination of blight, and protection of community historical and cultural assets.