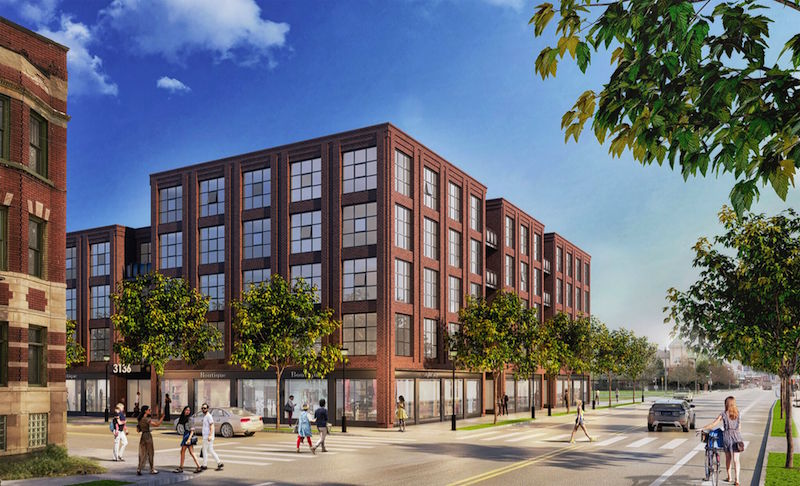 One of Detroit’s oldest neighborhoods will be getting a new slate of residential units in the next few years.

Three developments have been announced in Brush Park, bringing two mixed-use project and one full residential project to the area that has seen added retail and residential growth in recent years.

Brush + Watson breaks ground in 2019 with an expected completion date of 2021.

Detroit-based developer City Growth Partners will build two new developments that will bring 187 residential units to the neighborhood. The first, Brush House, is a $52 million, 179-unit apartment building with 15,660 square feet of street-level retail and 127 underground parking spaces. Of the 179 units, 36 will be set aside for residents making 80 percent of the Area Median Income, priced at around $900 per month.

The second City Growth Partners development is Brush 8, a $5 million luxury townhouse complex that will offer eight units for sale. Both projects break ground in 2019 with an expected completion date of 2021.

The three developments follow recent new developments in the area, including City Modern and The Scott. By 2024, Brush Park is pegged to have at least 1,750 new residential units on line.