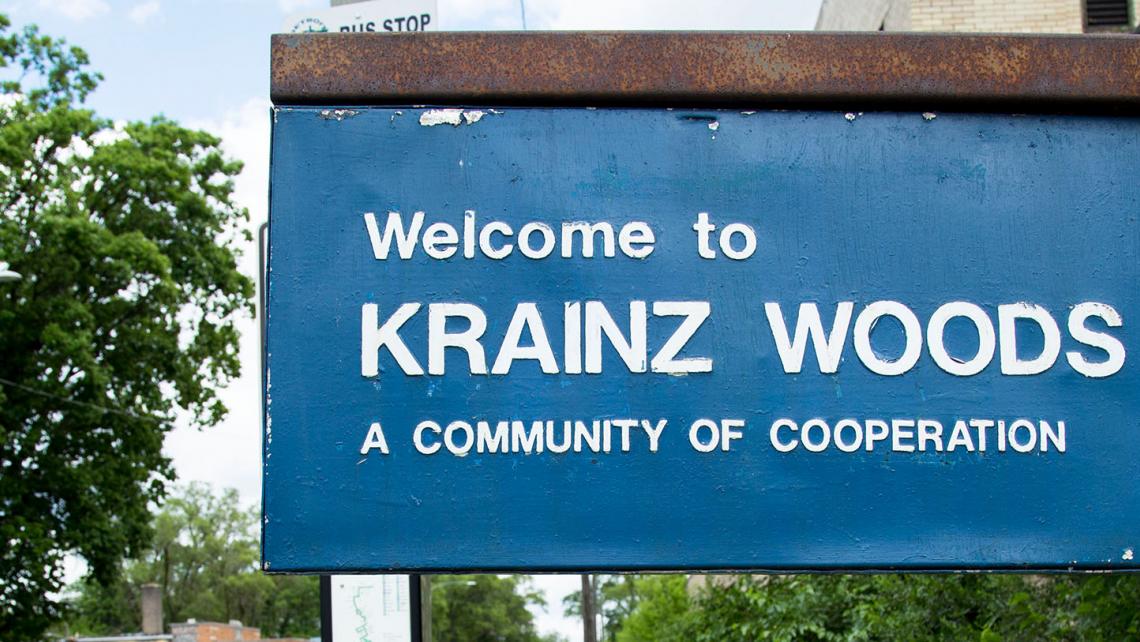 Bounded by Seven Mile Road on the north, Nevada Avenue on the south, Ryan Road on the west and Mound Road on the east, Krainz Woods neighborhood was annexed by the City of Detroit in 1916. The Krainz Woods neighborhood, which was named after Captain John Krainz, a World War II hero from Detroit, comprises a 17-city block area adjacent to the Detroit Reentry Center and Mound Correctional Facility. The area has a unique connection to Motown, as singing groups such as The Dramatics and The Floaters were from the Sojourner Truth Homes located in Krainz Woods. The Krainz Woods Neighborhood Organization works to make a positive impact on the community. The group has made a series of capital improvements to Krainz Park and successfully fought a lead poisoning case, and it will be crowdfunding to assist citizens with legal defense expenses.