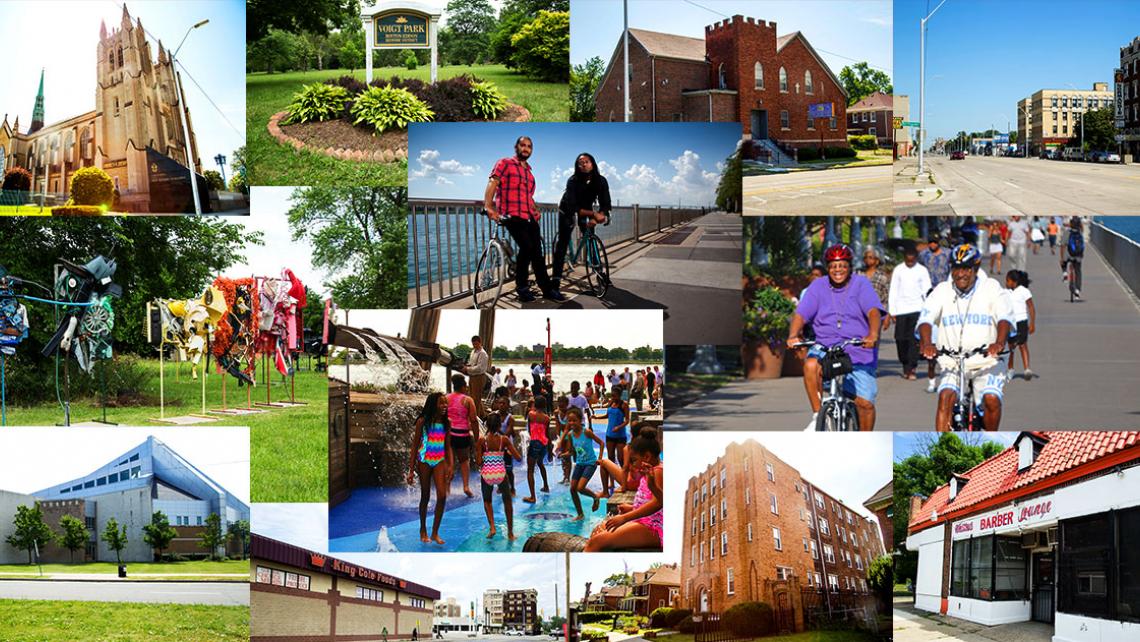 The Berry Subdivision Historic District is bounded by East Jefferson Avenue, Holcomb Avenue, Stanton Canal and the Detroit River. Development began in the mid-1890s, when it was known as Park View. Architect Louis Kamper built the neighborhood’s first home for Detroit clothing manufacturer Marvin Stanton. The home was designed to look like a castle, with towers, turrets, crenellations and roofs. In 1914, two sisters who had inherited the land from their father, Joseph Berry, began platting a subdivision in the neighborhood. The sisters hoped that the growing popularity of Detroit and the success of the auto industry would result in a neighborhood of high-quality, single-family homes. Numerous upper-middle to upper-class homes were built in the 1920s, but construction was stopped during the Great Depression. Construction started up again following the end of World War II, and many residents began purchasing adjacent vacant lots to give the neighborhood a more spacious and open feel. In 1966 Alex Manoogian, a prominent philanthropist and the founder of the MASCO Corporation, donated his house to the City of Detroit to serve as the mayor’s residence. Today it's home to some of the city's most expensive homes. Four of the riverfront lots are now a dedicated park named for David F. Stockton, a WWII hero.