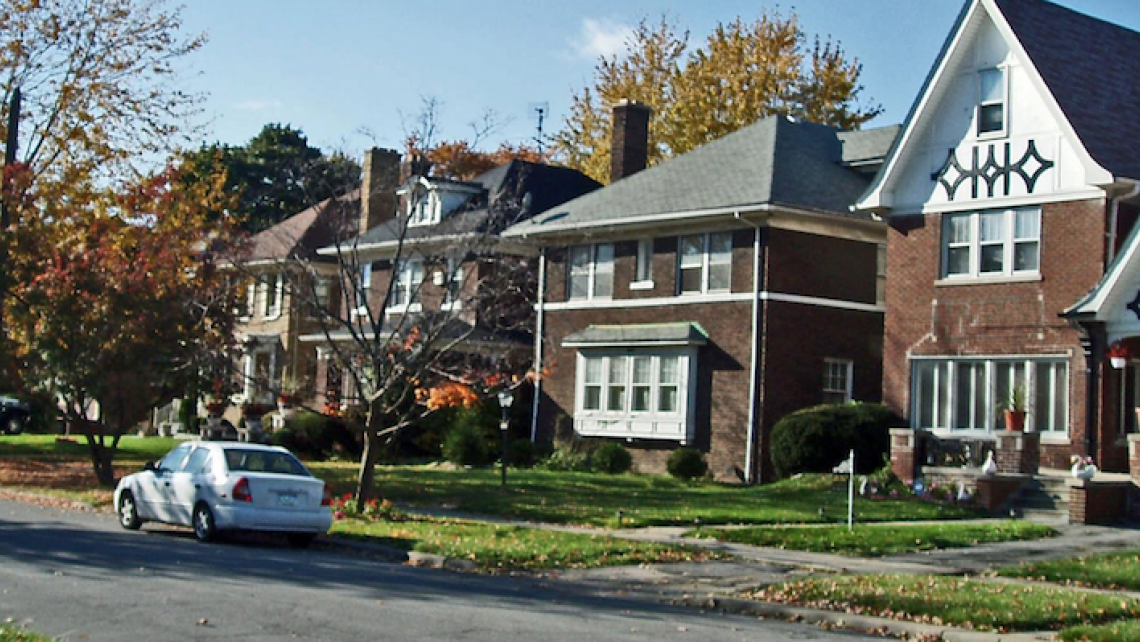 Entailing six blocks of Atkinson Avenue situated between the John C. Lodge Expressway and Linwood Avenue, the historic district boasts primarily single-family homes that were constructed between 1915 and 1929, which corresponded with the nearby construction of Henry Ford Hospital in 1915. The district became a middle-class neighborhood with homes owned by doctors, salesmen, bankers, ministers, real estate agents and a newspaper writer. Most of the houses are foursquare style, two stories tall with an attic, and have Mediterranean, Colonial or Tudor elements. The Detroit City Council established the six-block district as Atkinson Avenue Historic District in 1984.