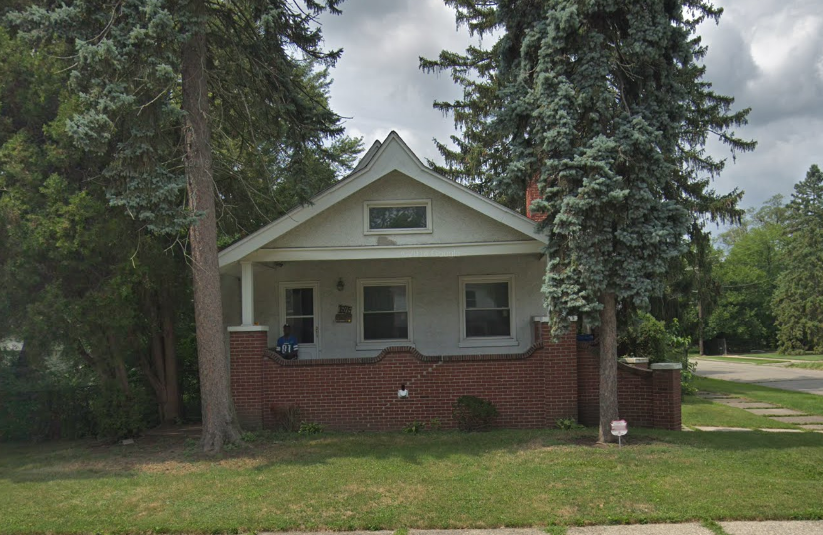 It’s a time of mourning for Sears, the iconic department store that announced its bankruptcy filing Monday morning. And though Sears didn’t have its origins or footprint in Detroit (we had Kresge’s, Crowley’s, and, of course, Hudson’s), the chain from which so much of modern Americana was purchased has links all over this city.

If you remember when Sears had a store on Woodward in Highland Park, ever bought your school uniform from there, pored through the catalog at holidays or had portraits taken at a Sears studio, you’ve been a part of the Sears story. Look deeper in the company’s annals, though. There was a time in Sears history where you could not only buy linens and fashions, but entire kit homes in a box.

Before IKEA and flat-packing, kit homes were shipped piece by piece to new homeowners in railroad boxcars in the first half of the 20th century, who would assemble pre-cut lumber and other materials into their future houses, with model names like Hathaway and Lynnhaven. Several retail stores got into the game like Montgomery Ward, but Sears led the pack.

Today, because Sears kit homes typically had more distinctive styling than other homes built at the time, there’s a cult following behind them, with sites like SearsHomes.org and Sears House Seeker tracking the catalog homes address by address. Considering that much of Detroit’s housing stock was built prior to 1942 when Sears kit homes fell out of favor, it’s no surprise there are a few here in the city.

The most notable example of Sears kit housing is three homes in a row on Chalmers Street in the Jefferson Chalmers neighborhood. Benjamin Gravel, who manages the massive Historical Detroit Area Architecture group on Facebook, notes to Sears House Seeker that 605, 621 and 635 Chalmers are Sears kit homes, each of them the “Arlington” model.

Where else? We asked Dan Austin of HistoricDetroit.org if he knew of any examples, and there are many: 3895 Lakewood in the Fox Creek neighborhood is a notable example; 15775 Archdale stands out from the rest of the colonials in Crary/St. Mary’s; 4141 Yorkshire is certainly unlike anything in East English Village; and 2516 Electric is a firm bungalow in Boynton.

Anywhere else? Well, we don’t know all of them. Do you have a Sears kit home? Let us know by dropping us a line at [email protected], and we’ll highlight it!