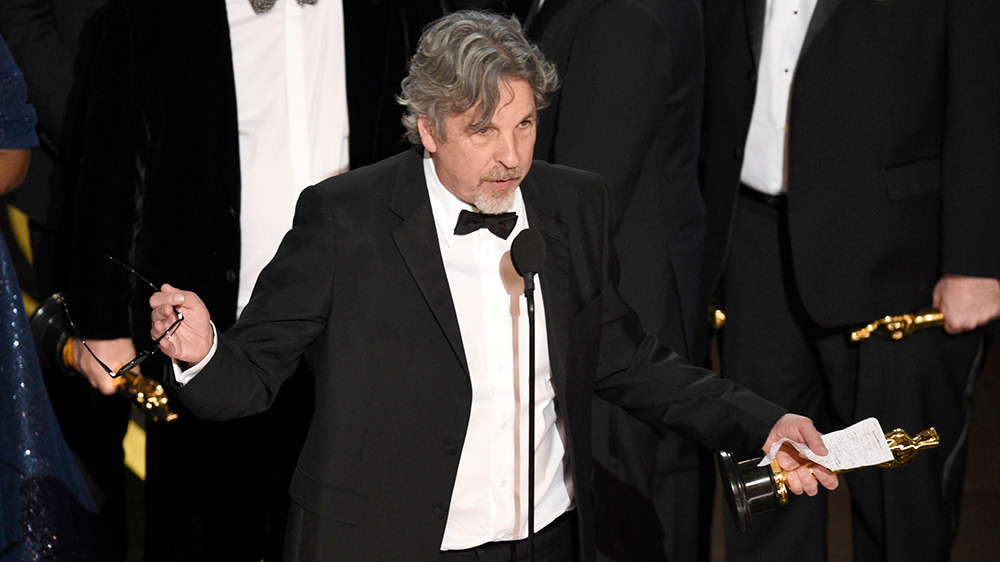 I can't believe we have to keep saying this

Shinola is a lot of things. It is a watch manufacturer — your definition of manufacturing may vary, though — which has existed for less than a decade. It is a hotelier. It is a purveyor of luxury goods in a city where stores with luxury goods twice that of some of their watches have operated more than a century. It is an employer of several people who live in Detroit. It is a brand that is doing a very good job of making sure we forget that it was once a punchline in a Steve Martin comedy.

Counter to Sunday night’s declaration from “Green Book” writer and director Peter Farrelly, however, Shinola is not saving Detroit. Well, specifically, Shinola watches aren’t saving Detroit, either, but broadly speaking, the brand as a whole is no savior at all. Shinola is simply a company that does what many companies in Detroit do daily: Make things, pay people to make them, and do so with style and efficiency.

Farrelly’s comments were odd for last night, considering “Green Book” was not set in Detroit and the director, to our knowledge, has no ties to Detroit. (Tom Kartsolis, Shinola’s founder by way of Fossil, was also mentioned; raise your hand if you thought Farrelly was saying “Tom Clark soda” and wondered if we had another pop company here, too.) But although out of place in last night’s acceptance speech, the nature of the quip was no surprise at all. Are we really caught off guard anymore when the rich and famous, particularly white men, try to boil Detroit down to one or two talking points? Aren’t we used to it by now when the privileged and ignorant completely discounti the work of the institutions of the companies that have been here before Shinola and those that have come along in recent years that would have done so even if the company didn’t exist?

The idea of a watch company single-handedly saving a majority-black city, carrying the implication that this is sole thing that could come to our rescue, is a more-than-apt Hollywood fairytale. This idea comes from a guy who, by all accounts, completely mishandled the story of a black entertainer’s journey through segregated America and instead flipped into a bizarro “Driving Miss Daisy.” Anything involving nuance with black people are lost on a guy like Farrelly, whose failure to read the room this awards season regarding his film only compounds the matter. (A white guy who made a white savior film thinks Detroit is being saved by watches — shocking!) I mean, it’s already bad enough that people not from Detroit have always had trouble figuring it out because they never bother to take the time and learn. It gets worse when a rich white guy tells a room full of his fellow rich whites, likely without the will to investigate further because it’s Detroit (who cares that much?), that one watch company carries the sole responsibility of ensuring the longevity of this city and correcting its past mistakes.

Shinola is simply a company that does what many companies in Detroit do daily: Make things, pay people to make them, and do so with style and efficiency.

A company that makes timepieces is not saving Detroit. And if I may borrow a line from Academy Award winner Eminem: Snap back to reality.

To be real. Kartsolis and Shinola have helped Detroit. Remember 2011 in Detroit? It’s OK if you forgot; it was a fairly unremarkable year after the year when the world thought this city subsisted on raccoon meat but two years from when the city filed bankruptcy. But 2011 is when Shinola planted its flag in Detroit, and began employing out-of-work Detroiters who’d been left behind by the car companies.

Give Kartsolis and the gang credit for what’s going to go down in the books as one of the most successful ad campaigns ever for a nascent fashion brand. It did wonders for making Shinola the shoe polish into Shinola the watchmaker, placing itself nicely among the everyone-needs-at-least-one-something nameplates that rapidly grew in the American consumer consciousness seemingly out of nowhere during those years. This was the time when Michael Kors supplanted Coach as the aspirational purse brand, the years when Fiats invaded American shores again, and the years when we noticed just how thick those Restoration Hardware catalogues were — and yet stopped there, anyway. Shinola, as well as its cheerleaders and apologists, likes to say that its advertising tapped into something missing from American buying habits and restored pride in wearing something Made in the U-S-A. I like to say they were aggressively using capital to force its way into an already bloated consumerist market.

It helped — for better and for worse. Better, because with Shinola’s rapid expansion, more Detroiters were put to work. I’m reminded of this every time I see one of those giant clocks, when I walk down Woodard and see the new Shinola hotel or when I take notes in a gifted Shinola journal — one of many, I have to say. Worse, because despite good intention, the images of black Detroiters being used to sell pricey watches haven’t been embraced by everyone, especially black Detroiters themselves. But that’s all Shinola can do is try to help, and no one should expect anything more. The fantasy that Hollywood has of scores of gritty men and women, grease-stained hands carrying thermoses and metal lunch boxes, clocking in and out at the ol’ Shinola factory where a whistle signals breaks and quittin’ times is simply not our reality.

Even Kartsolis wouldn’t be ballsy enough to say that Shinola’s presence has, in any way, made life easier for a kid in the struggling Detroit Public Schools Community District or eased our still-high poverty and crime rates. It hasn’t even lived up to what manufacturers of days past have done for Detroit. Shinola hasn’t (and shouldn’t, frankly) built an entire class of citizens whose lifestyle and livelihood revolve around where they work. It has not advanced the American way of life, and it is certainly not our ancestors’ wildest dream for their descendants to one day work on the Shinola line.

Fortunately we as Detroiters already know all of the above. I want to be clear — and I’m talking to all the Peter Farrellys and his ilk (which you can find on r/Detroit, the cubicles of Quicken Loans, maybe riding the QLine, and anywhere else where white men clueless about Detroit congregate en masse) — that we welcome Shinola’s presence here and that we encourage them to do well. But saviors they are not. No Hollywood hero of anyone’s imagination is big enough to save us. But we didn’t ask to be saved anyway, because we are our own heroes.