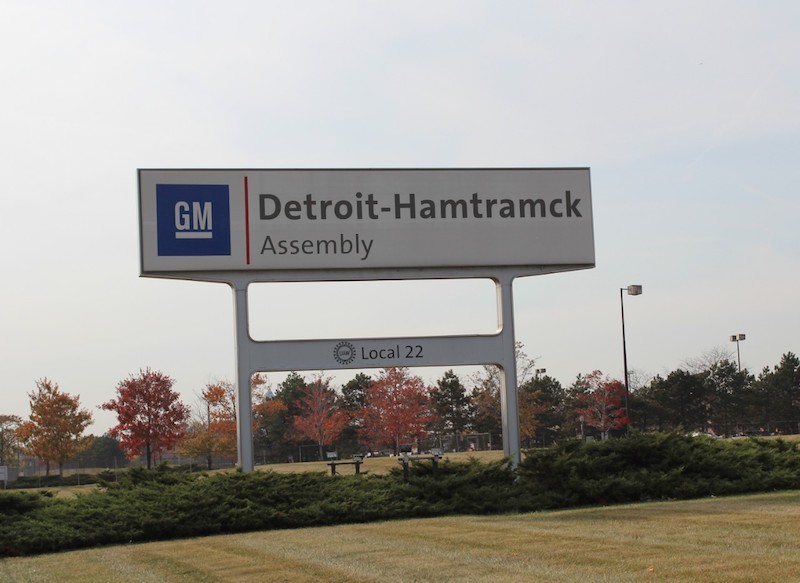 In retrospect, GM's Poletown plant was a pretty terrible idea if we're being honest

Use of eminent domain led to the destruction of a vibrant, ethnic neighborhood

General Motors today announced it could shut down its Detroit-Hamtramck Assembly Plant at the end of 2019, and while the news of pending layoffs is not healthy for anyone (and here’s the disclosure from the boss: The mayor did say this morning that the City of Detroit’s workforce development team would aid in transitioning GM workers that might be affected), it is a reminder that the plant, which we know locally as the Poletown plant, needs retroactive placement as one of Detroit’s biggest blunders for everyone involved in the plant’s construction.

The Poletown plant was promised as a way forward for both the city of Detroit and for General Motors — just at the cost of the livelihoods of 4,200 residents who were displaced when 465 acres of the northern half of the Poletown neighborhood were bulldozed for the facility, initially designed to build Cadillacs but will roll out its last Chevrolet Volt at the end of next year. Thirty-seven years after groundbreaking, the ripple effects of Poletown are still felt here in the city and the surrounding suburbs.

A historian might look at the Poletown fiasco and rule it as a critical blow to maintaining Detroit’s population, which was already in decline long before the 1980s, as well as an acceleration of the dissolution of trust between residents and government. Considering that Detroit needs as many people as it can get right now, and back then, maybe it wasn’t wise to send thousands of them packing.

Before GM, Poletown was a thriving neighborhood named, clearly, for the Polish immigrants who settled in the area. The neighborhood took shape at the beginning of the 20th century and quickly became a neighborhood, according to “Poletown: Community Betrayed” author Jeanie Wylie, where Poles “live and retain their customs to such an extent that the whole region more nearly resembles a fraction of Poland than a part of a city in the heart of America.”

It was one of the first neighborhoods where Detroit’s rising Black population began to settle. Though there was friction between Poles and Blacks — and we’ll revisit this later, as its a key, if looked over, part of the Poletown plant debacle — on the floors of the automotive plants where they worked, as both groups jockeyed to be paid and treated fairly on the assembly line, they shared residential blocks in Poletown as early as the 1930s. By the 1980s, Poletown was Polish and Black, and also Ukranian, Cuban, Irish, Scotch, Albanian, Lithuanian, French, English, Turkish, Egyptian, Yugoslavian, Lebanese and Portuguese. Being one of Detroit’s most affordable (yes, we know — it’s a nice way of saying “poor”) neighborhoods, immigrants from all over could make their start here. Most stayed after planting roots.

Like many Polish neighborhoods nationwide, Poletown was home to several veterans of both World Wars, creating a strong fabric of Americana on the near east side. It survived the freeway expansions of the 1940s, seeing even more Black residents take residence in the neighborhood after Black Bottom was destroyed. And as other white ethnic groups left Detroit for the suburbs, Poles were “the ethnic group least likely to abandon Detroit,” per Wylie’s book.

In 1980, Poletown held 144 small businesses, 16 churches, two schools and a hospital. Chene Street was the neighborhood’s busiest corridor. The average home price at the time was $9,000. Despite its density and status as a starting point for Detroit’s new residents, it was shown to be a prime target for redevelopment at any cost and lead to the most massive and rapid relocation of citizens for a private development in U.S. history.

Folks who thought that cities were doing the absolute most to woo Amazon’s HQ2 should probably thank their lucky stars that it didn’t come close to what happened with Poletown. The late 1970s were brutal for General Motors, and the rest of the American automakers for that matter (Poletown’s largest employer, the Dodge Main plant just north in Hamtramck, shuttered in 1980), as it lost ground to Japanese automakers who happily shipped gas-friendly econoboxes to thrifty American drivers beginning to resent the big sedans and muscle cars of the day. GM needed to build a new plant, and fast, to pump out vehicles that could compete with the Japanese.

Folks who thought that cities were doing the absolute most to woo Amazon’s HQ2 should probably thank their lucky stars that it didn’t come close to what happened with Poletown.

American automakers started to think twice about how they built factories. Factories were always designed to produce one or two kinds of vehicles and no more, but now they have to be built for rapid retooling — meaning, assembly lines can be reconfigured to produce one kind of model for a time, then adapt for a different model. GM had success with this kind of modern plant in rural Oklahoma. It needed a similar plant in its home base of Detroit.

GM executives met with then-Mayor Coleman Young and gave the administration what they needed: At least 395 acres of land, plus more for landscaping and parking, to accommodate a fully modernized facility like the one in Oklahoma. 1980 Detroit was far more populated than it is now, let’s keep that in mind. City officials laid a transparency map of the proposed facility over a map of Detroit and concluded that only Poletown would work.

It was close to freeways. It had low housing values. Its residents were vulnerable, poor and could be easily moved. Poletown was a done deal. What surprised everyone was how quickly the deal was done and how residents were kept out of the loop until the last minute.

General Motors announced it would be building a plant, but did not announce where. Detroit was at the top of the list, though. After meeting with the Young administration, GM mandated the city of Detroit to provide land in ten months, or the automaker would approach another city. In those ten months, State of Michigan lawmakers rewrote its eminent domain law to “authorize the taking of private property in order to encourage commercial development,” a clause not previously written into the law. But as the law was already written, residents would find it “impossible” to protect their homes against any kind of eminent domain.

When the new law was tweaked, the City moved into action. It would take the deeds to 1,400 homes in Poletown and pay property owners market value plus relocation costs. The city would also pay for bulldozing and toxic waste removal, pay to fill in basements and sewage tunnels and pay to remove all asphalt and concrete. The only part of the land that would not be affected would be the Beth Olem Cemetery, a historic Jewish burial ground that still stands intact to this day.

Young, whose father ironically owned a tailor in Black Bottom that was bulldozed when I-75 went in, saw GM as giving a needed infusion of economy into the city, whose residents were feeling the brunt of nationwide unemployment. In June 1980, two months after the state law was rewritten, Young announced the city’s plan. Residents — mind you, there was no whisper of the Poletown neighborhood being at risk — immediately organized to fight back. Dozens of lawsuits poured in against the city from residents seeking to protect their homes. Some City Council members fought against the mayor’s plan. Boycotts of GM were encouraged. It did not stop airtight eminent domain law, nor the $350 million in local, county and state subsidies set aside for the massive plant. (That’s $1.2 billion in today’s dollars, by the way.)

Reassessing Young’s position on taking Poletown rather than another neighborhood could link back to past strained relations between Poles and Blacks — particularly when reading the Michigan Chronicle in those days, who gave full-throated support to GM, Young and the Poletown project. The plant opened in 1981, and the remaining Poles in the neighborhood instead followed their displaced neighbors into the suburbs (and stayed there), further depleting the neighborhood. The Chene Street corridor wilted. Church congregations were split up. An ethnic enclave was lost. When we discuss Coleman Young’s legacy, we are correct in noting the advancements he made to integrate city government and provide opportunity for disenfranchised Detroiters. We gloss over his machinations to make Poletown happen, and how it still affects us today.

We also don't discuss the history of Poletown when we discuss GM, either. While much can be said, and should be said, about the automaker's role in remaining in Detroit when others (*coughChryslercough*) haven't, its moves to remain competitive and its strides in appointing a woman as CEO, we can't forget about them strong-arming the City into allowing the plant to be built or its role in exacerbating tension -- and yes, it still exists -- between some of Metro Detroit's most vulnerable communities.

Consider the lesson we learned from Poletown and current approaches to development in Detroit. Ford Motor Company, for example, has been mandated to receive community input in a series of meetings dictated by the City of Detroit Community Benefits Ordinance and, as a result, has set aside funding for affordable housing and other community programming and will keep its footprint limited to the land and structures it has acquired, rather than demolishing to build something new. As Detroit moves forward, we can’t forget the shame of Poletown, nor can we allow it to happen again.