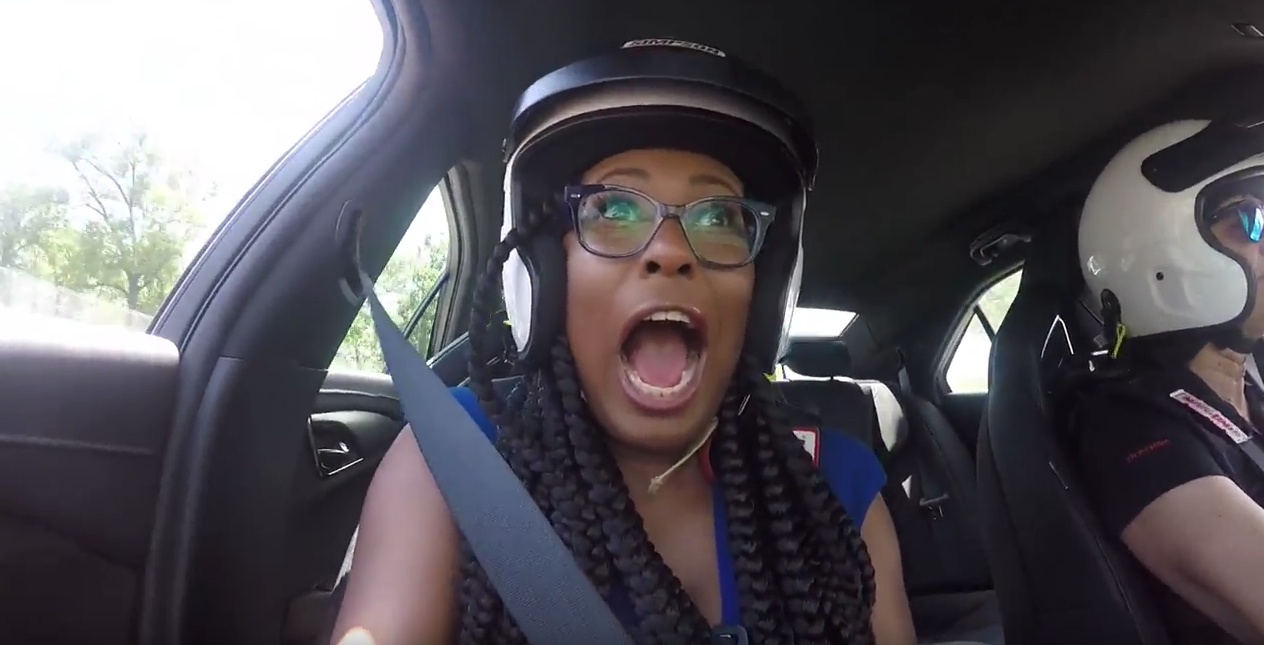 If you’re easily impressed with your MCM doing 90 mph on the Lodge in a 2001 Grand Prix, then you might not be ready for Gail the pace car driver on Belle Isle.

With the Chevrolet Detroit Grand Prix now in full swing, we decided to see for ourselves what the track was like. Writer Jamilah Jackson rode along at speeds topping 120 mph in a Cadillac ATS-V along the twisty riverfront course.

“I thought I was going to die, maybe twice,” Jackson said. (EDITOR’S NOTE: No City of Employees died on Belle Isle yesterday.) Check out the video above.