Adding and preserving affordable housing, adding a new grocery store and repurposing a long-vacant elementary school  into a community center and residence are among top-level priorities for planners working in the Jefferson Chalmers neighborhood, who will begin an implementation plan later this year.

The City of Detroit’s Planning and Development, along with community partners, will seek requests for proposals on redeveloping the empty Guyton School, the Vanity Ballroom, a bundle of homes owned by the Detroit Land Bank Authority, and a proposed mixed-use development — which would include the aforementioned grocery store — at Jefferson Avenue and Piper Street in the coming months. Meanwhile, the City is moving on an affordability plan to preserve affordable units in the Grayhaven apartment complex. 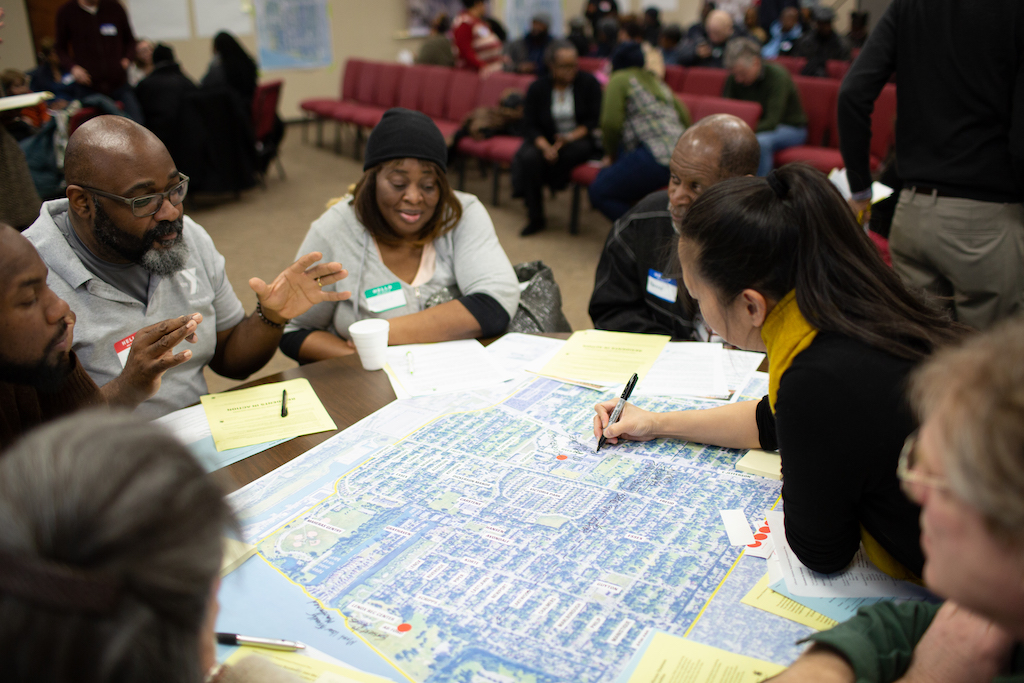 The recommendations, announced today, come after a year of community engagement with Jefferson Chalmers residents, who listed retail and rehabilitating the school at the top of their needs for the area.

But a Detroit Pubilc Schools Community District study showed that Guyton’s building design does not accommodate the district’s current teaching model, the district itself does not have the funding to bring the school back online. Declining enrollment in the neighborhood was also a factor in the DPSCD’s decision to not take a role in renovating the school.

Instead, City planners are recommending that the school be remade into a community and residential building, with 40 two-bedroom units renting at $958 a month. Following a public request for proposals, the City will seek a developer for the project.

The 40 proposed units in Guyton are part of an overall strategy to add or maintain affordable housing in the area. City planners aim to keep rates affordable for residents who make between 50 and 60 percent of the Area Median Income.

The median household income for Jefferson Chalmers is $29,750. There are 508 existing affordable housing units, including residences at Grayhaven, Lakewood Manor, Creekside Homes, Jefferson Square and other complexes. In the coming years, upward of 136 affordable units could come online, including an in-process development at the Marlborough Building, a vacant structure which began reconstruction last year. 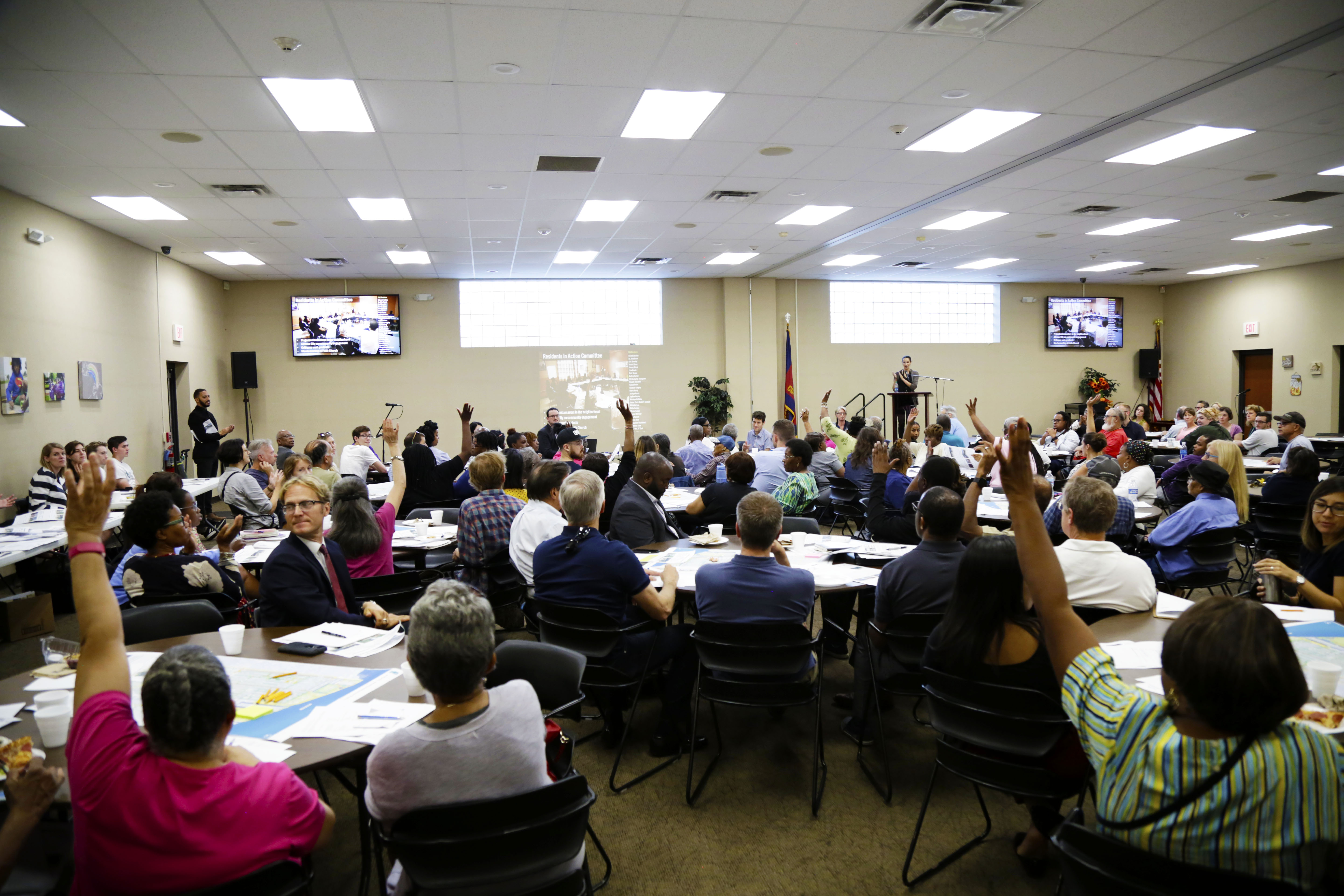 A bundle of 10 single-family and multi-family homes in the neigbhorhood could be offered for sale in a program similar to a recent sale in the Fitzgerald neighborhood, where a single developer is tasked with restoring dilapidated homes and offering them for sale or rent to residents whose income falls within the Area Median Income.

Plans for improved retail options and public transit along Jefferson could also move forward following approved proposals. The area has seen some additions, including the new Norma G’s Caribbean restaurant and the planned renovation of the Kresge Building at Jefferson and Lakewood, but a new grocer — yet to be determined — will be sought for a mixed-use project at Jefferson and Piper. More efficient bus service along Jefferson is also in the pipeline.

Other plans for the neighborhood include renovated riverfront parks and community spaces, also a high priority for residents. Planners are eyeing a renovation of the Lenox Center, and complete restoration of the upper riverfront parks — Alfred Brush, Riverfront-Lakewood and Mariner.