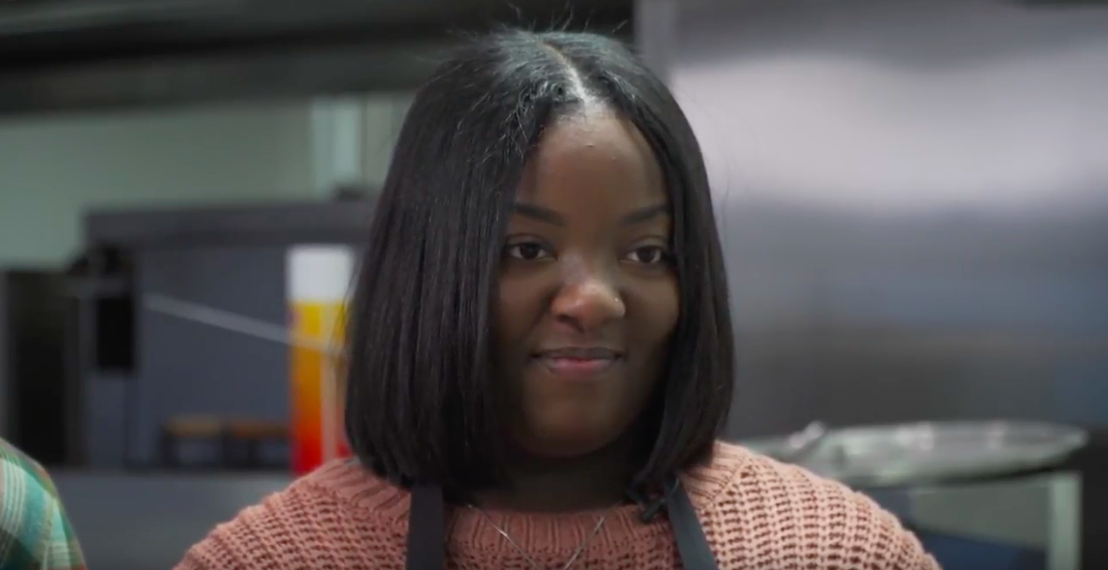 Native Detroiter creates Instagram-worthy meals in between jobs, class and her nonprofit

The idea of being in the spotlight is the stuff of nightmares for introverts. It also freaked out Lauren Gillon a little bit, one of our contestants in the inaugural Detroit’s Best Home Cook contest.

While she was cooking during the taping of the contest, “I looked up for a minute and I saw the camera and there was a wall full of people in the kitchen just watching,” Gillon says. “I was like, oh crap … there’s people watching me.”

But if there’s one thing about Gillon, it’s that she’s always prepared, whether she’s about to battle it out in the kitchen or study for finals. She showed up with a list of different potential dishes and ingredients she would pick up at Eastern Market, the site of the cookoff. As a woman of deep faith, she also prayed to God who would handle it. And she also turned up her internal soundtrack to Queen Bey. “I hum music in my head 24 hours a day.”

She made a pasta carbonara dish with the mystery basket of ingredients (watch the episode below to see how she did), but even though she was nervous about the competition and had little experience with public speaking, she put her head down and got to work (another introvert thing).

Cooking is part creativity and part time management, the latter of which Gillon is more than familiar with. She works midnight to 8 a.m. four nights a week at a domestic abuse shelter for women, goes home to brush her teeth before class, has two or three classes at Ferris State University where she is studying health care systems and administration, takes a two- or three-hour nap before working at her campus job for a few hours, taking a longer nap before doing it all over again. Fridays and the weekends are her days to cook and she’ll document everything on Instagram and Facebook as Elle the Foodie.

Oh, and she also founded her own nonprofit organization, which mentors young girls in Detroit. While growing up in the Weatherby neighborhood, Gillon says there weren’t many programs for youths like her. She went to a summer camp in Howell and then when she and her brother were younger they went to camp in Brightmoor. But there weren’t many options for them because many of the programs were geared toward at-risk youth or low income. “We weren't the richest, but we also aren't considered at risk so it was hard for us to connect with other kids in these programs.”

That led her to found Virtue, Girls with a Purpose. The program, which pairs about 24 girls between the ages of 11 and 17 with college students, runs mostly in the summer and then the group gets together at other events throughout the year such as a holiday party

“The contest has prepared me a lot for what I want to do and just understanding that my passion has purpose in the world.”

That might sound like a schedule that would make anyone have a meltdown, but it’s cooking that actually became an outlet for the busy college student.

During her sophomore year in college, she was grabbing takeout and eating on campus. A lot of it was processed food and she was really missing homemade meals, plus the stress was getting to her.

“I really went through a lot of anxiety problems school and taking a lot of classes,” she recalls. “A large part was being homesick so I started cooking as a stress reliever. … I couldn't read a book — I was already having anxiety problems from reading and studying.”

She remembers one of the first meals she made was Velveeta shells and cheese, chicken breast and green beans. It may have been all processed foods, but not even Julia Child started off cooking beef bourguignon.

“It was just so stress relieving,” Gillon says of when she first started cooking. She started documenting her cooking adventures on social media.

After a while, people would comment on what she made on Snapchat and then her friends started coming over for dinner on Sundays.

Even though she didn’t start cooking until she moved into her first apartment, it was her mom and grandmother, who moved to Detroit from Alabama, that fostered this love of food, especially soul food, at a young age. Her grandmother used to work at a Hyatt Regency as a chef and she would cook for Gillon and her brother when they were growing up. “She would pick us up from school and cook every day.” She’s retired now, but is still throwing down in the kitchen. “I can probably call her right now and ask her what she cooked this week (and she’ll say) mac and cheese, liver, cornbread.”

Now Gillon is finding her own voice when it comes to food. Scroll through her Instagram, and you’ll find photos of Cajun chicken rigatoni, spicy sausage hash and baked buffalo wings. She hopes to host cooking demos for millennials and even the self-admitted introvert would love to do a cooking show.

“The contest has prepared me a lot for what I want to do and just understanding that my passion has purpose in the world,” Gillon says.