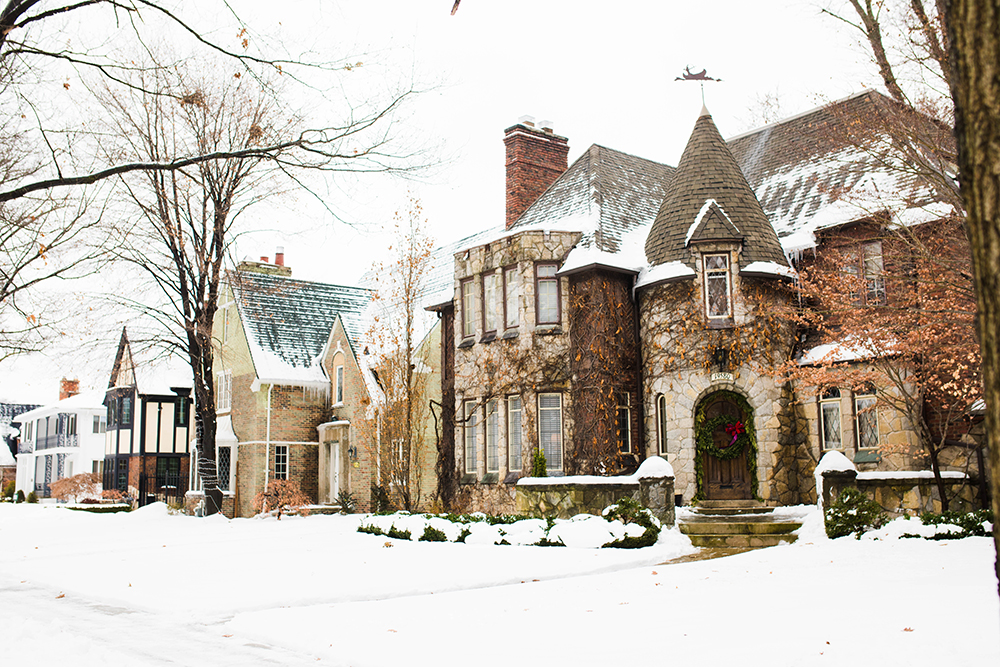 The neighborhood celebrated its centennial anniversary in 2017

Gail Rodwan has been a Sherwood Forest resident for the past 48 years. On the outside, her home is stately and made of stone with ivy creeping up the front. Inside, Pewabic-inspired tile lined the foyer and the parlor was bright and warm. Sherwood Forest celebrated the 100th anniversary of its founding in 2017.

“So I’ve been here for about the last half of its existence,” Rodwan said with a chuckle. As part of the centennial celebration, the Sherwood Forest neighborhood organization decided that they wanted to learn more about their history. “I was given the job of doing the research on that,” she said.

Although Rodwan insists that she is not a historian – she’s actually a retired lawyer – she’s done a lot of writing and has been active in the neighborhood.

“She is our official historian now, whether she wants to be or not,” interjected resident Shirley Jackson with a laugh. She’s also been in Sherwood Forest for over 40 years. “(Rodwan) was the right person for this task,” she said.

The task was writing The Story of Sherwood Forest: One Hundred Years a Detroit Neighborhood. Beginning in 1917, Rodwan said farmland lots were sold with the intent of creating a new neighborhood, but the first house wasn’t built until 1922. Many of the homes are Tudor and Georgian-style homes, and Rodwan said that’s intentional.

“The idea was the Sherwood Forest of merry old England, and many of the street names were named after common English street names. The architecture was meant to mirror Tudor architecture in Great Britain at the time,” she said.

Even the winding, never-straight streets were intentionally made to look like a European village, Rodwan continued. “I think there was the belief that there was a graceful look to it,” she said.

“All through our history, we’ve had a very dedicated an tenacious group of neighbors. Because whenever a challenge arose, people seem to feel strongly that this is a neighborhood they really want to keep.”

Initially from Royal Oak, Rodwan moved her family to Sherwood Forest in 1970. “We had a young family, and living in Royal Oak we were not familiar with this neighborhood at all,” she said. “We were invited to a party in University District, and we said, ‘Wow, what a wonderful area.’ Then we started looking around and talking to people that we saw out on the street, and generally being a nuisance, until we decided ‘Yeah, this is a place we think we’d like to live.’”

Like many of Detroit’s affluent neighborhoods, it wasn’t until the 1960s that black Detroiters began moving to Sherwood Forest in any appreciable numbers. Rodwan, who is white, covers this in The Story of Sherwood Forest.

“The book is organized by decade and I thought one of the most interesting and pivotal decades of our history was the ’60s,” she said. “We had a lot of challenges after 1967. We had a lot of white flight out of this neighborhood, we had people beginning to lose confidence in the Detroit Public Schools, and the schools in this part of the city had historically been known as some of the strongest, finest public schools in the system.”

“All through our history, we’ve had a very dedicated an tenacious group of neighbors. Because whenever a challenge arose, people seem to feel strongly that this is a neighborhood they really want to keep.”

The Story of Sherwood Forest: One Hundred Years a Detroit Neighborhood is available on Amazon. For more information, visit the Sherwood Forest website.