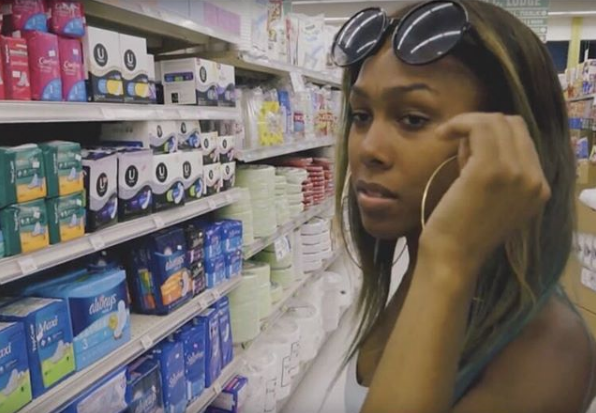 The stories of one of Detroit’s most marginalized communities are about to be amplified in a big way.

Ahya Simone is the creator of Femme Queen Chronicles (FQC), a fictional webseries following the lives of four black trans women in Detroit. She says the idea for series first started as a means of “creating something fun and comedic just to combat some of the stories around trans women of color in Detroit and the large amount of murders (of trans women) that have happened.”

“We had talked about it for a long time. The people involved are naturally funny, (and) we figured why not pay homage to the joy of black women – specifically black trans women, and black trans joy in a world that hates us and erases us,” she said.

Simone serves as director and head writer, and plays one of the lead roles in the series. Back in January, FQC tweeted that they were looking for interns for the project.

“Our whole entire team is made up of professional photographers and camera people, sound and makeup artists. It’ll give the interns opportunities to shadow them and get a little hands-on work during the set. It’s really about giving trans women of color (in Detroit) artistic opportunity. It’s so much talent in the city and I want to uplift that.”

The cast is trans, all the interns will be trans, and some (but not all) of the crew is queer.

The reaction, Simone said has been a “really cute amount of responses.” The FQC team was looking for about 14 trans women of color interns interested in learning more about film and being on set and teach them what it means to be on set and make a pilot episode of a series. They wrapped their first recording in early March.

Although they were sponsored to produce only one episode and make it “really, really strong as opposed to spread ourselves thin with multiple seasons,” Simone said that her hope is to produce a full four to six 15-minute episode season.

“We are putting all our energy into this episode with hopes that it picks to garner more funding for a full season,” she said.

Femme Queen Chronicles is sponsored by the Detroit Narrative Agency (DNA), and the Trans Sistas of Color Project – Detroit which Simone also co-founded. She was also awarded $5,000 for the project from the Knight Foundation, of which she was a Sundance Knight Foundation fellow.

“DNA’s main goal is to uplift narratives from actual Detroiters,” Simone said. “There’s a lot of documentaries and media made about Detroit that’s made by people who weren’t born here, who aren’t native, who don’t live here at all. They come in and shoot about Detroit and the analysis is always incomplete.”

DNA, she says, has been essential in giving opportunities to Detroit storytellers as a counter narrative to the “tragic” stories often heard about the city.

Femme Queen Chronicles is set to premiere in June at the Allied Media Conference.