It's a sweaty, fast-paced frenzy of sound, smell and taste: a Nigerian flag waves frantically through the air, pulled by a young woman wining up to Maleek Berry’s hit song “Kontrol.” Colorfully patterned West African-inspired clothing dots the pulsing crowd. The song shifts to something faster: “Scene” by GBM Nutron. The sweet sound of Soca brings the dance floor to life, and the temperature reflects it. My glasses begin to fog, my legs ache from dancing, and my lips still tingle from the suya I ate earlier.

The first party was founded in 2014. Chukwudi “Chuks” Nwamba, 25, was one of the founding members. He’s Nigerian – the “jollof” half of the name – and the party was initially just a graduation party for himself and his college roommate from the University of Michigan. Whenever Nwamba and friends went out in Ann Arbor or Detroit, parties would regularly play the Top 40 hits and not much else. Determined to fill that void, they created Jerk X Jollof.

The other founding members are Fitz Tavernier, Emmanuel Gansallo, Frankie Reed, Dan Green and Brendan Asante. When they’re not organizing and running the parties, the University of Michigan alumni work in fields such as mechanical engineering, medicine and social work.

As they held more events, Jerk X Jollof quickly outgrew the venues in Ann Arbor and the founders decided to base the event in Detroit moving forward. Inspired by the traveling party trend fueled by events such as the popular Grits & Biscuits, Trap Karaoke and HennyPalooza, the team also expanded Jerk X Jollof’s reach. They've gone on to host nearly sold-out events: seven of those were held in Detroit at venues such as Majestic Theater, Marble Bar, and an exclusive pool party in New Center, three in Ann Arbor, one in Indianapolis, one in Windsor, Ontario, and one in Los Angeles. Their most recent event was in Detroit, as the official afterparty to the African World Festival. Their next event is in Detroit for Labor Day weekend.

Asante, 25, believes that Jerk X Jollof has found its home in Detroit. “With the city kind of changing, and a lot of different things coming in,” he says, “For us to be able to offer (this event) is a really valuable experience, especially for new people coming to Detroit.” Nwamba adds that they want Jerk X Jollof to be a destination experience in Detroit. He and Asante say they’ve heard of people traveling to Detroit from as far away as Chicago and Toronto to attend the party.

“We’re bringing something different. A lot of people say that when they come to JerkXJollof, they usually dance more than stand around. Or they feel like they’re learning something about themselves.”

“We’re bringing something different. A lot of people say that when they come to Jerk X Jollof, they usually dance more than stand around. Or,” Nwamba says, “They feel like they’re learning something about themselves.” He says people have even told him that they were inspired to learn about their own ancestral history after attending.

They’re also focused on becoming a community tool of empowerment. They’ve always planned for Jerk X Jollof to be a vehicle to give back to the community and they’ve recently released two $500 scholarships for high school students and college freshmen interested in the science, technology, engineering and mathematics fields.

Even though Jerk X Jollof aims to celebrate African and Caribbean traditions, you don’t need to be an expert on the culture and cuisine to go. You’ll learn when you get there.

“Don’t feel like if you haven’t listened to Afrobeats, Soca, Calypso, Dancehall, don’t feel like it’s a qualification. Don’t feel like Jerk X Jollof is your exam, like you have to cram for it before you come,” Asante says. “It’s an experience and it will be that much more beautiful because you won’t be desensitized or over-sensitized and you’ll just be able to soak it in.” 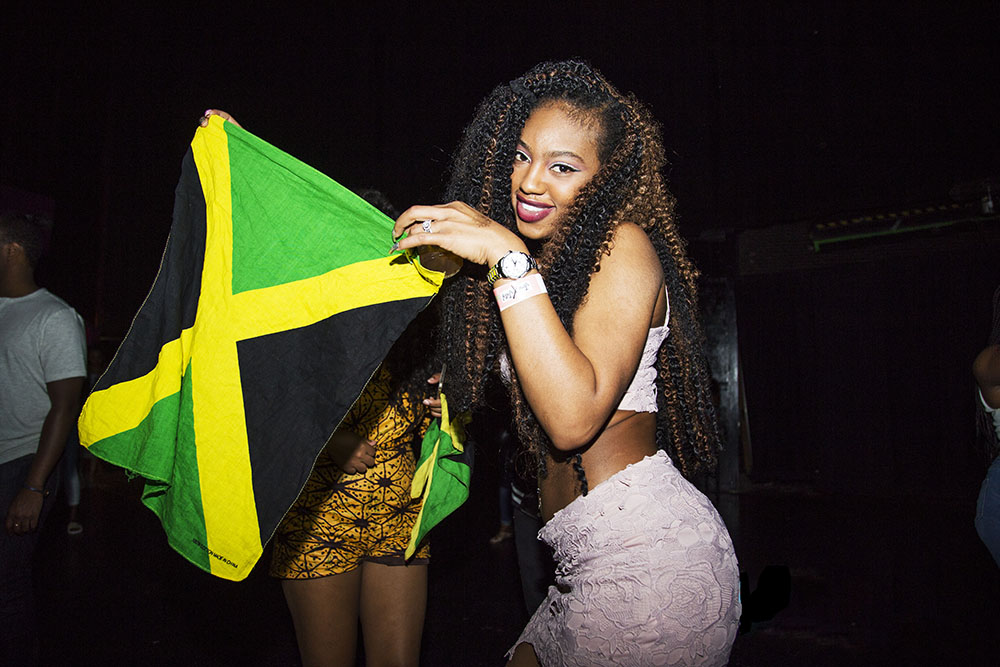 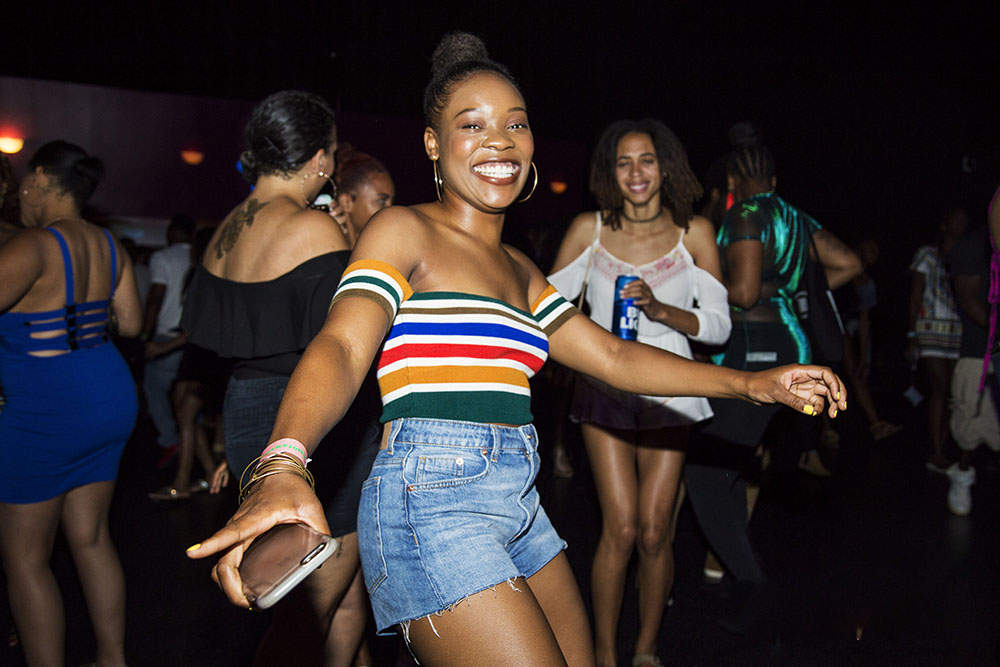 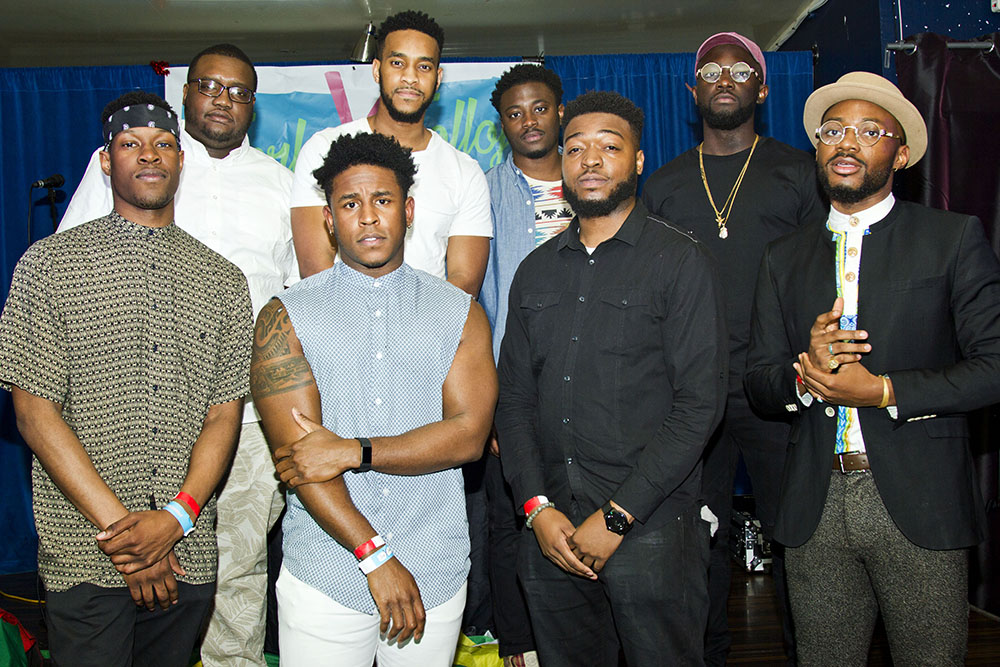 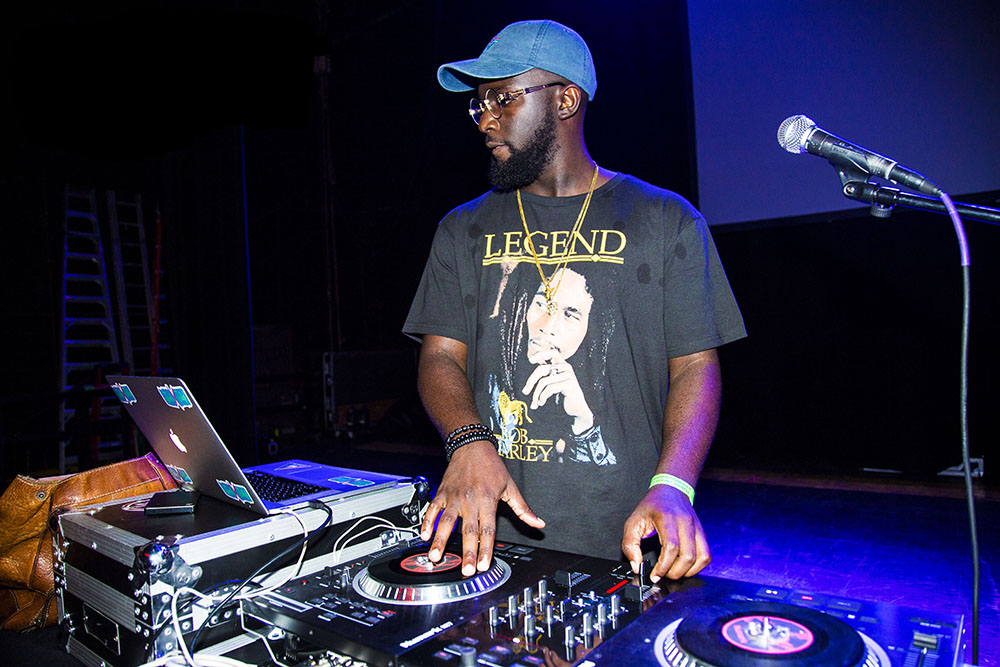 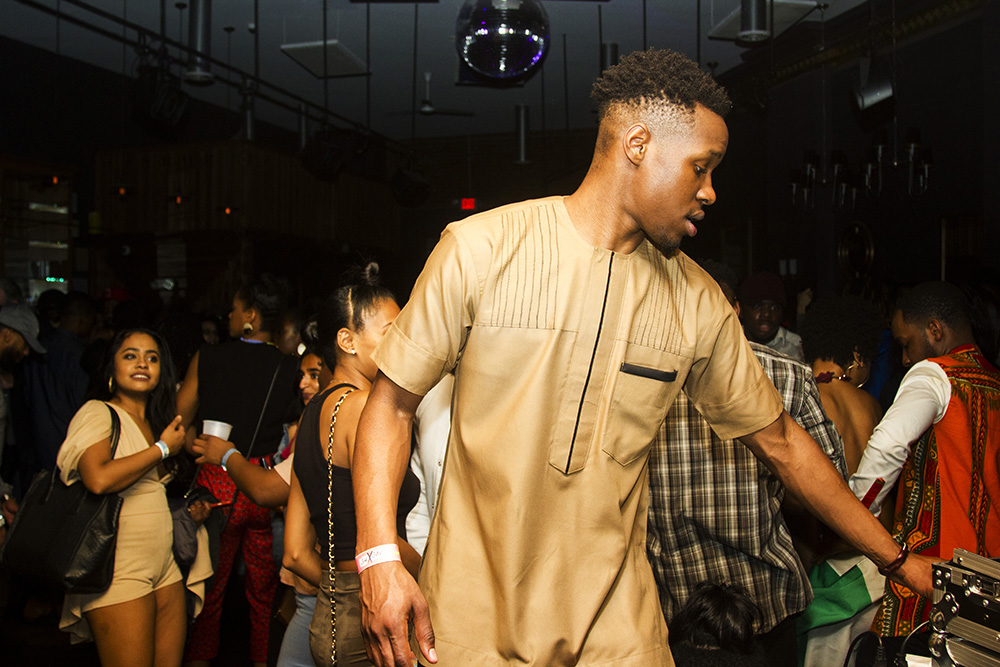 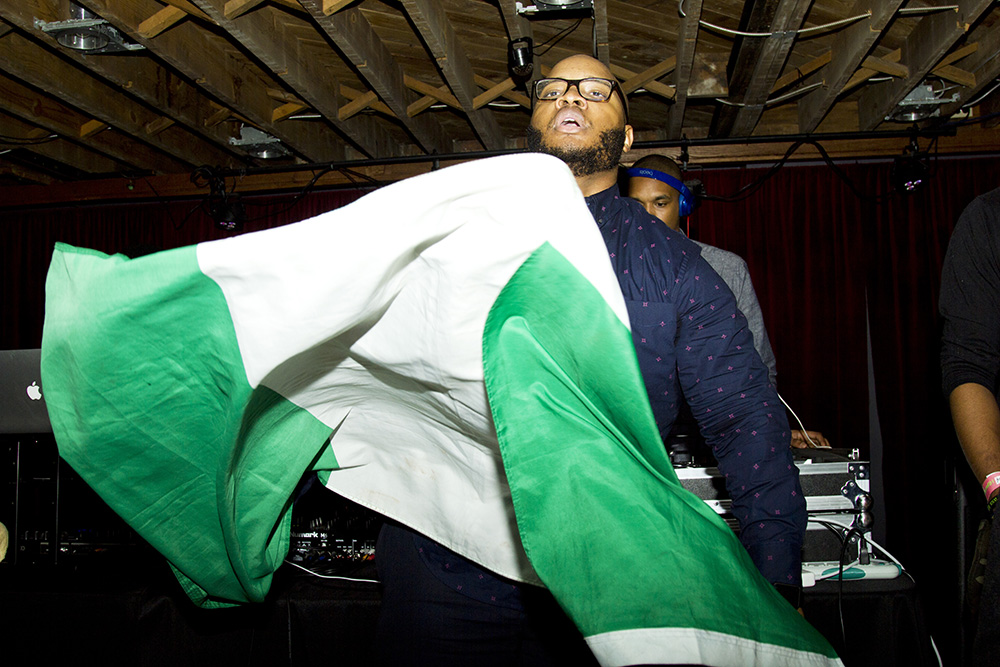 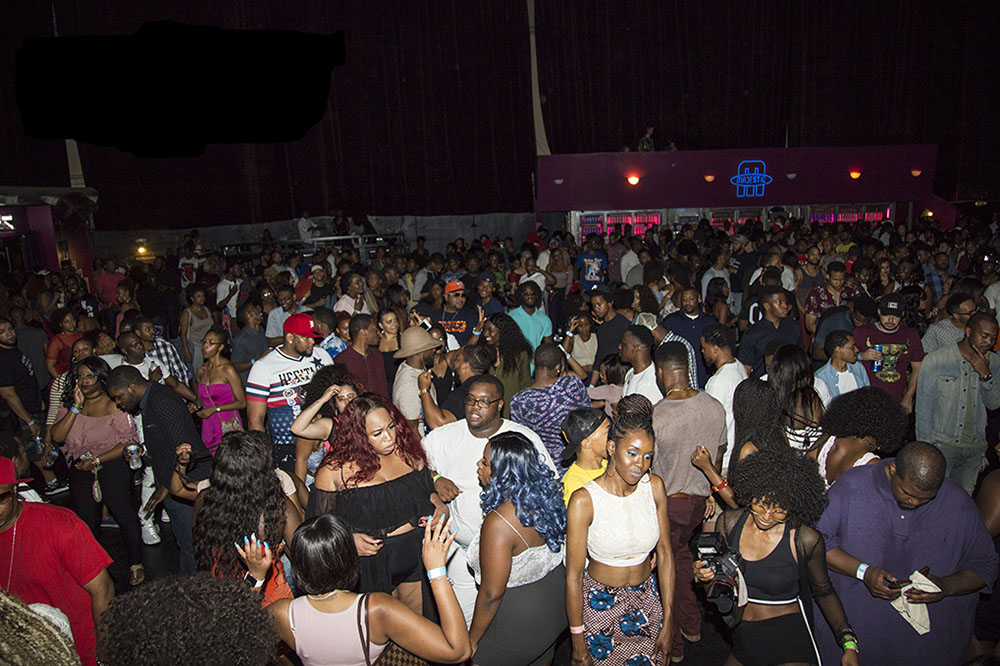 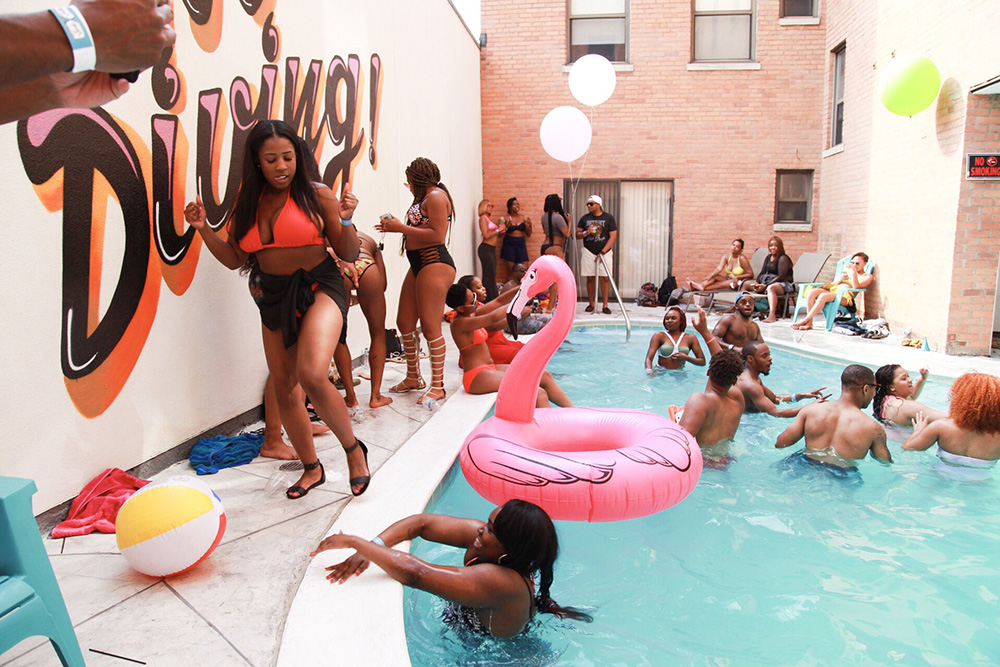