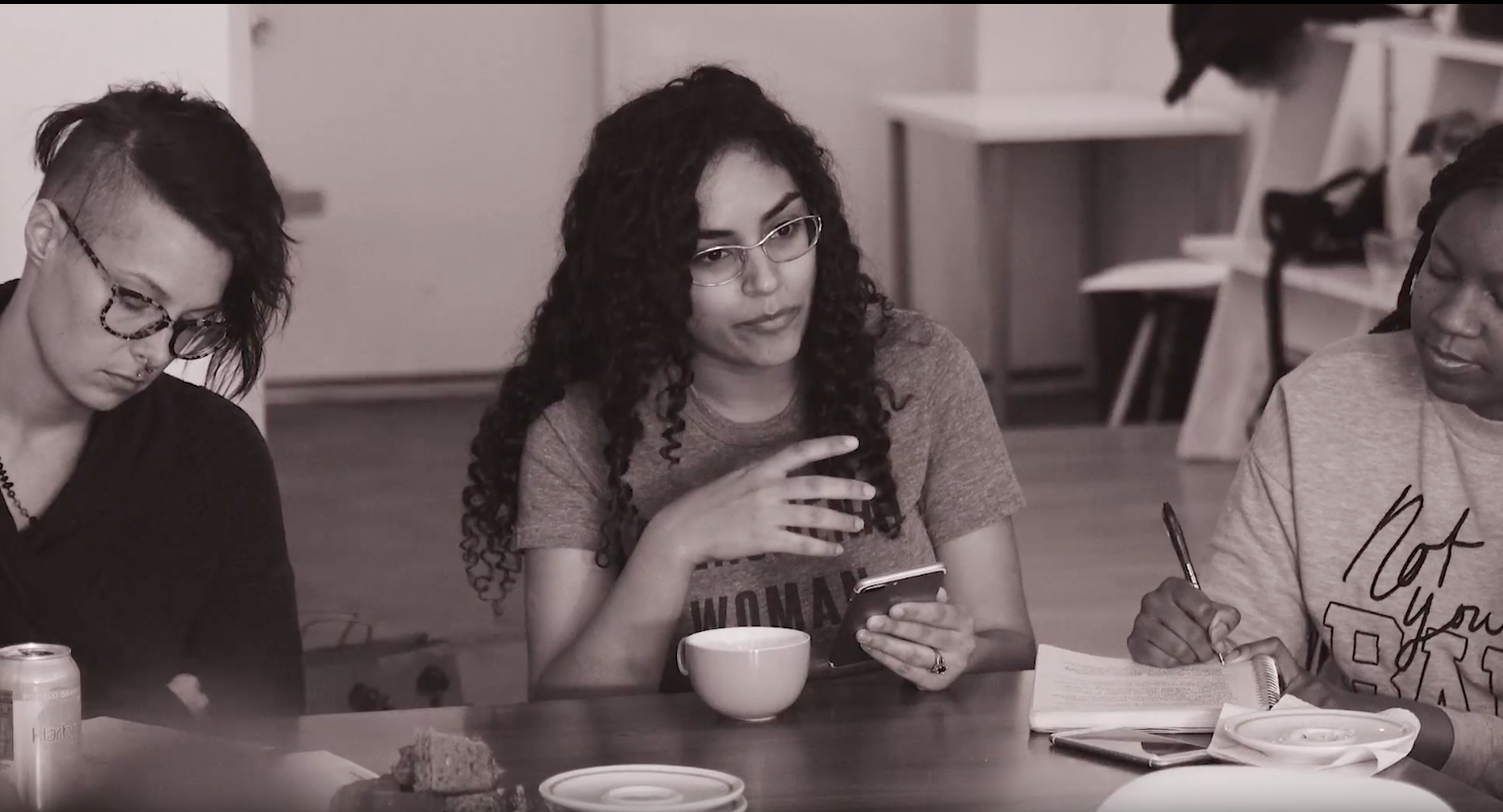 The case for courageous conversations at Detroit Parent Collective

What I learned as an observer

*moms will only be referred to by first name to protect identities.

The Detroit Parent Collective (DPC) is not your average coworking space. Aside from the cooperative preschool, DPC is fighting to change the community through education and having tough conversations about the “-isms” of the world.

I had the opportunity to visit DPC while the collective was having a series of what it calls “courageous conversations.” Being in the space as an observer allowed me the chance to experience women from all walks of life set aside what they thought made them different and find many similarities with each other. By the end, the mothers found out they weren’t that different at all.

Listening to the mothers talk about their hopes and dreams for their kids and their concerns about education made me rethink everything I thought I knew about motherhood.

The seminar, led by DPC member Rema Reynolds Vassar, began with pairing the moms in groups of two and instructing them to explain to their partners the origins of their full names. About five minutes later, Reynolds Vassar had the ladies introduce each other. Everyone had an interesting and meaningful story behind their names. Not one person said, “That’s just what my parents named me.”  At the end, they were asked what they noticed about everyone’s name.  Artina said: “ Your name has a story the first day you’re born.” Rema replied: “You’re born here with a history and intentionality. Someone said something about you before you even got here and upon you’re arrival they’re already shaping who you are going to be.”

It’s a new perspective to me, seeing as I never thought how much meaning could be in a name (word to Shakespeare). Mom Phelicia also said: “Names are inspired and inspiring.” A lot of the women said they took the sentimental meanings of their names and sought to live up to them.

After the introductions, Rema reviewed the “norms” of the space. Throughout the entire seminar, DPC was referred to as a space or a collective; like there was an impenetrable force field protecting the women and their words. I think that helped the women feel a lot more comfortable with the uncomfortable conversations they were about to have about race, class and gender.

Once the norms were explained (being uncomfortable is necessary, speak your mind, validate each others’ feelings), the conversation began. The first exercise asked participants to imagine their child at age 30 and what you would want for them. This was probably the most vulnerable the group got and where most of the similarities were discovered. I surely expected the moms to say they all wanted their kids to have good jobs, money or a better life than they had at 30.

A lot of the moms wanted their children to be surrounded by people that allowed them to safely express themselves or live without fear. A majority of them also wanted their children to be involved in their communities. All the responses seemed to be things the mothers wished they had currently or earlier on in life. That level of vulnerability amongst strangers was shocking to me.

I despise being that open, even if the person is family. It made me a bit uncomfortable to have learned about these women so intimately but I remember what Rema said earlier on about being uncomfortable and challenging that feeling.

The general make up of the class was mostly white women with maybe three Black women in the space. When the conversations about race began, the cringing began. I usually shy away from talking about race in front of white people, probably as a way to spare their feelings, but Rema held nothing back. I remember her saying, “Whiteness always protects itself,” meaning white people will do anything to escape guilty feelings. That uncomfortable feeling was creeping back in but this time I really challenged it.

Why was I so uncomfortable being in a space where white people were present and whiteness was called out for its toxicity? Why did I feel like white feelings needed to be protected? They usually don’t care about sparing the feelings of people of color. Eventually, I began nodding and “mhmming” every word Rema said about race because the white women in the room, although they might not have exhibited the toxic behavior, needed to know what changes had to be made in their communities because we can’t have a repeat of November 2016.

The class was also asked to check what systems of oppression they subscribed to. Everyone answered with white supremacy. White women are able to benefit from it and women of color often have to morph and accept it as a form of survival. We talked about how to change the narrative surrounding people of color and one participant said that we need to infiltrate it. To that, Rema replied, “Once we get that power, we subscribe to that power’s system.”

It was so true. We often talk about diversifying spaces, but it’s more than putting a black face in the boardroom. We truly can’t change the narrative if we aren’t diverse in our thinking. If we are only getting in the space without working to dismantle the toxic way of life within them, what work is really getting done to change the narrative?

I don’t think we really got into the education topic until the last 30 minutes of the three-hour session. Within that short conversation, many of the moms expressed a fear about making their children guinea pigs of public school systems. A lot of them grappled with the decision to enroll them in failing public schools with the intent to pump more tax dollars into the system but at the expense of their child’s education.

Overall, I felt extremely privileged to be in a room filled with such intelligent women. I felt smarter and more in tuned with what I needed to do to change the world around me. I thought the hardest part of motherhood would be changing poopy diapers but that has definitely been reframed. I’m glad women have the DPC as a safe space to express their joys and frustrations with motherhood. I hope that the collective can expand and offer more services and seminars like this to Detroit mothers and the community as a whole.