As Small Business Saturday approaches, The Neighborhoods will be highlighting small businesses across Detroit this week. Our next stop is Malancho Fashion in Banglatown.

When Mohammad Chadek first moved to Detroit in 1999 from Bangladesh, he noticed there weren’t a lot of Bengali stores. In fact, a lot of it was “junk,” he says as he motions toward Conant Street on a recent Friday as we chat inside his clothing shop, Maloncho Fashion.

He had immigrated to Michigan after hearing from family to come to Detroit, and he got a job at the now-defunct Technicolor plant in Livonia, working in the packaging department. He worked there for almost 10 years there before the Great Recession claimed Technicolor as one of its victims in 2010.

But he had already been an entrepreneur for four years by then, and even before that when he owned his own business in his native Bangladesh. In 2006, he opened Maloncho Fashion, 1,600 square feet of brilliantly colored saris, sherwanis (wedding attire for men), scarves and other accessories. Chadek says about 90 percent of the products in his store are handmade, and all of it is imported from India. While he has clothing for women, men and kids, about 80 percent of his business are female shoppers, he says.

In the last decade, several Bangladeshi entrepreneurs set up shop on this commercial corridor that straddles Detroit and Hamtramck, which now boasts several restaurants, grocery stores and other businesses reflective of Bengali culture. Immigrant-owned businesses like Maloncho Fashion generated $15.5 million in 2014, according to the New Americans in Detroit report, a snapshot of the demographic and economic contributions of immigrants in the city. Nearly 1,400 immigrants in Detroit are self-employed and about 15 percent of the self-employed population is foreign-born, which is significant considering they make up 5.6 percent of the population.

Owning a small business is not for the faint of heart, especially when voice-controlled devices like Amazon’s Alexa can have clothes and toilet paper delivered to your front step in two days. “Everything is online now,” says Chadek, who lives in the neighborhood. “2016, 2017 has been difficult.” Not to mention being a “seasonal” business when business is good from about March to October, especially for the Muslim holiday of Eid and then slow the rest of the year, it seems like a niche business selling Indian, Pakistani and Bangladeshi clothing might be a tough sell. Finally, Chadek is a one-man operation. But when asked how he is able to keep the doors open, he is confident in his business and what he has to offer, pointing out he offers boutique, handmade fashions. He says with a smile, “it’s OK. I’ve been here 11 years.” 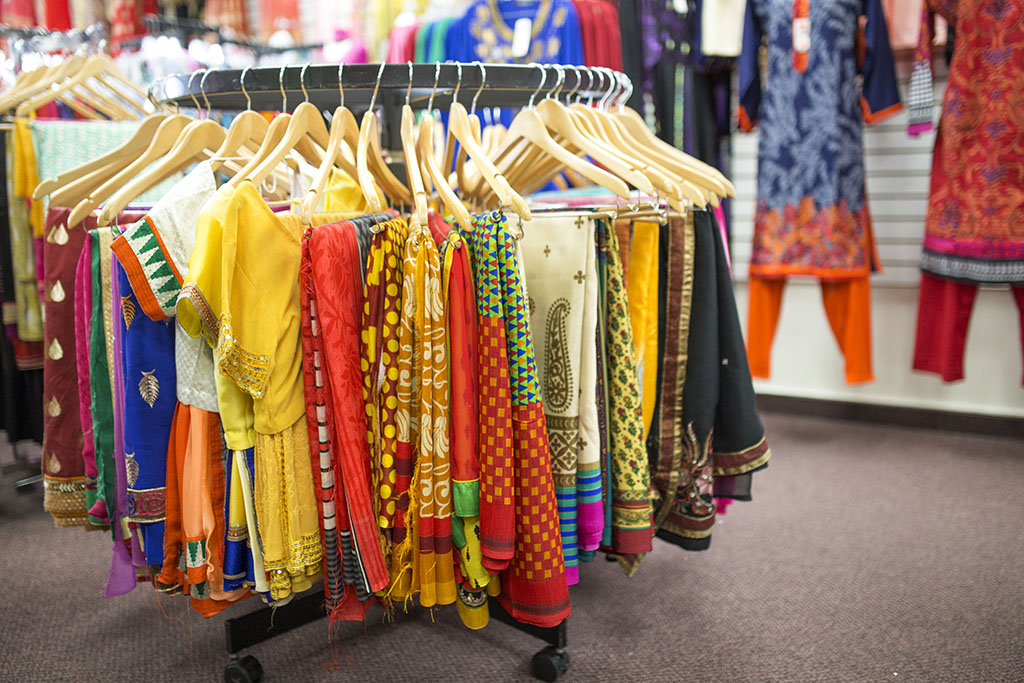 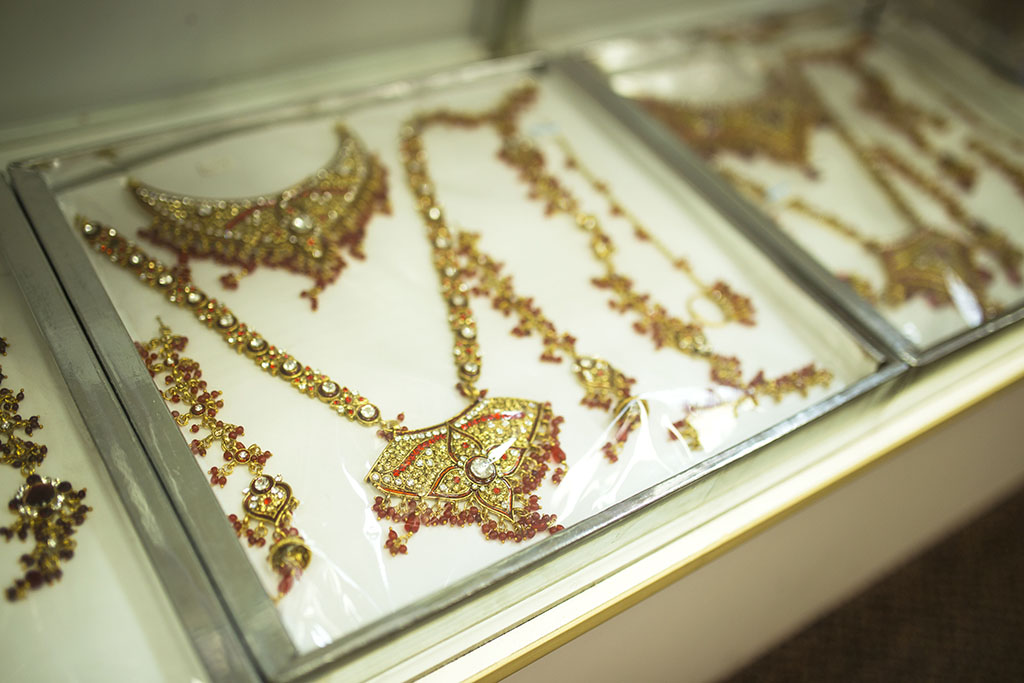 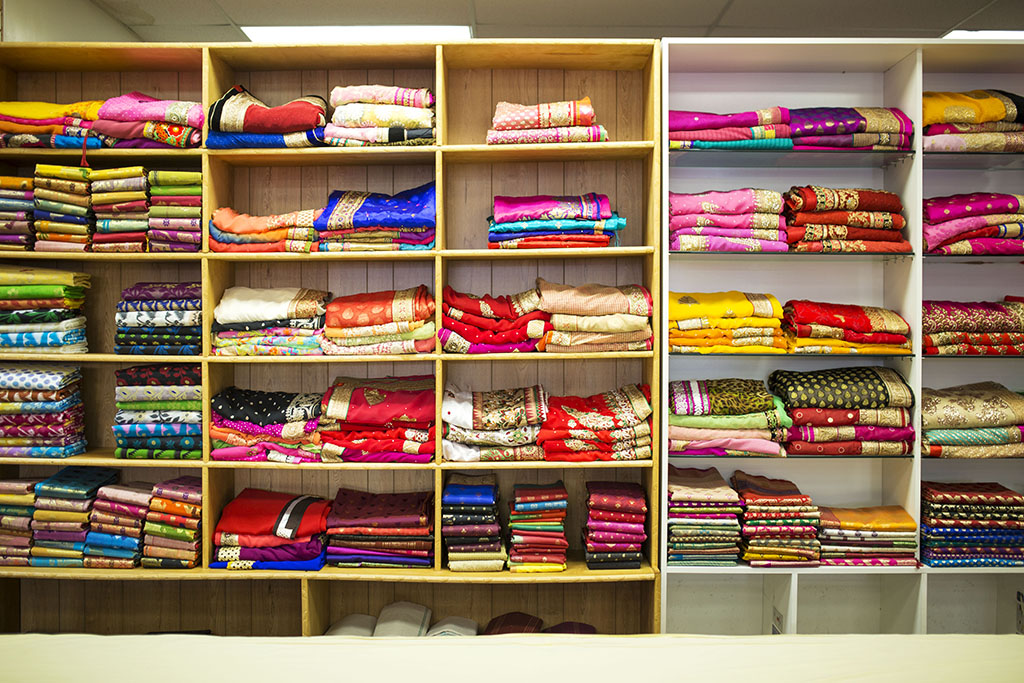 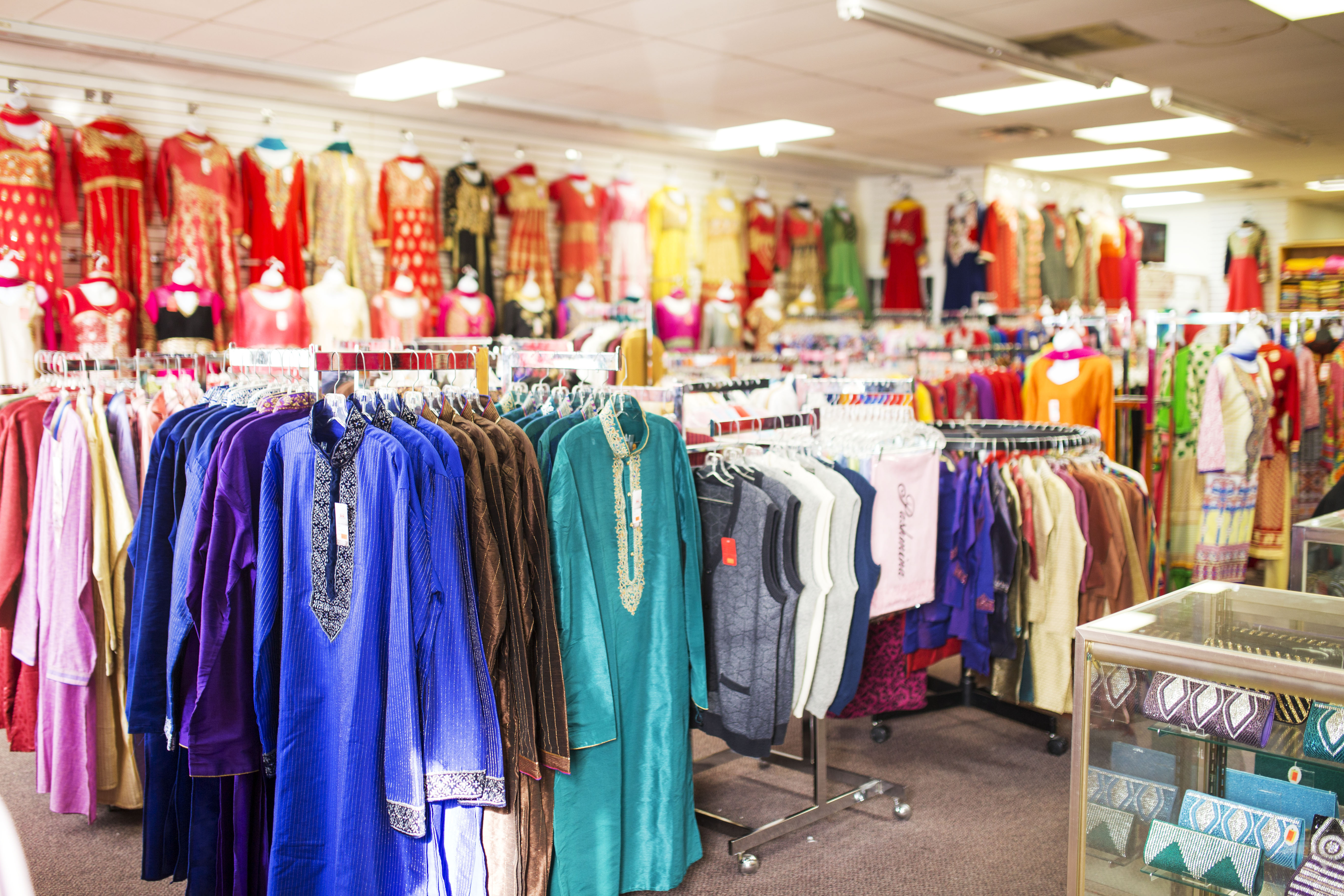 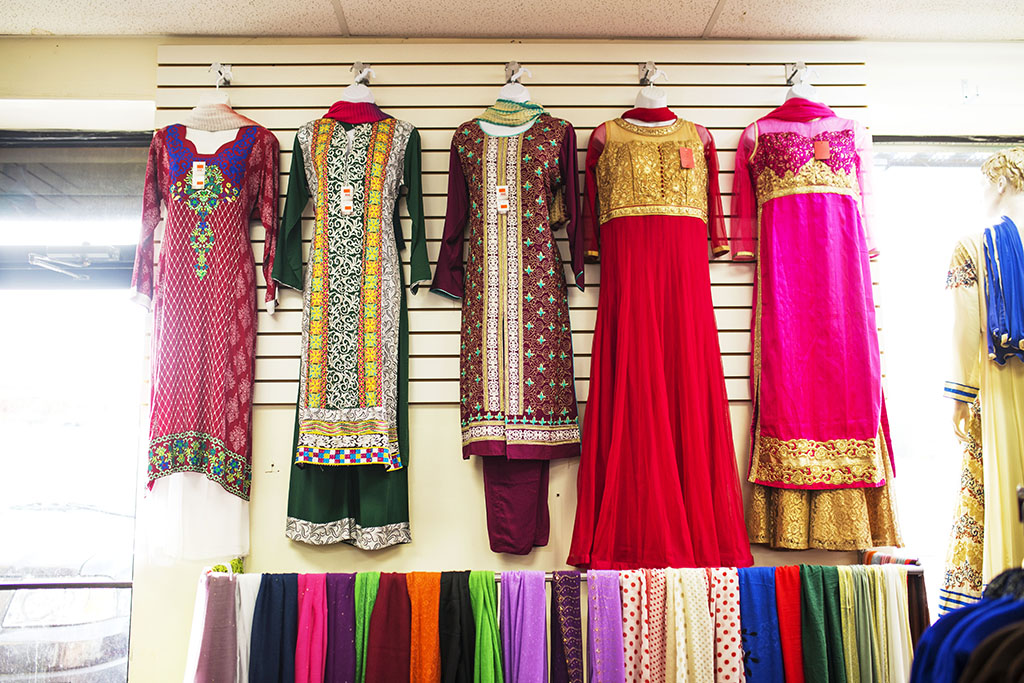 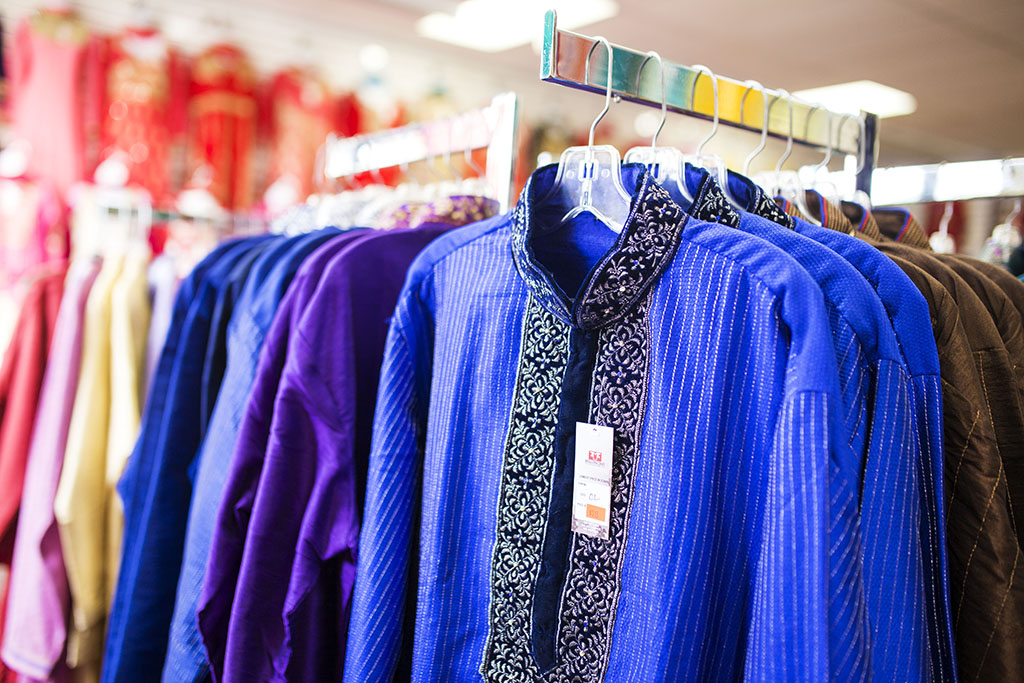